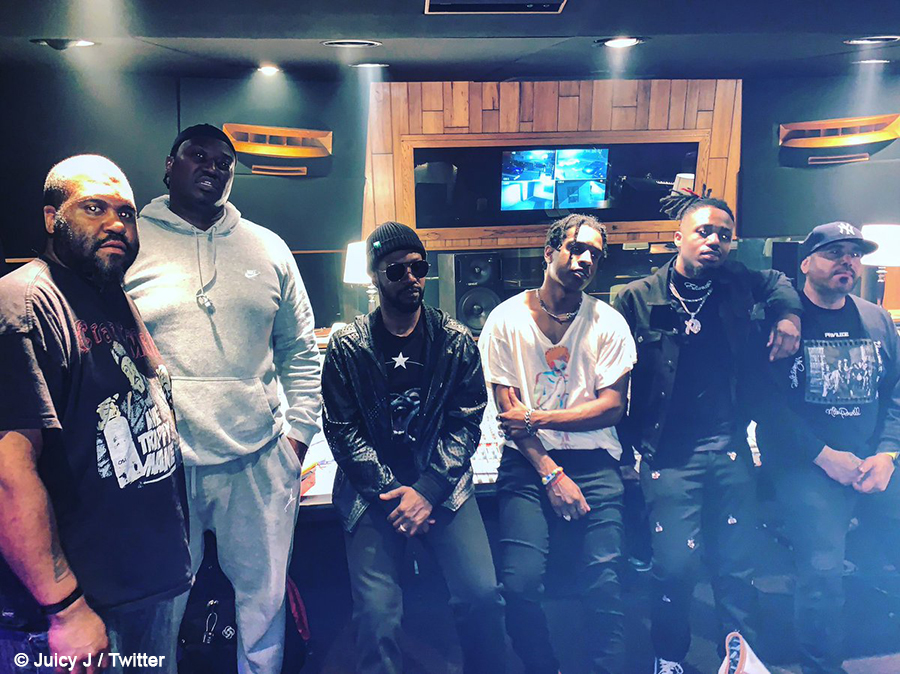 Rakim Mayers, more popularly known as A$AP Rocky, has released a slew of teasers on social media alluding to the imminent release of a new album.

The first indication that a new album is on the way for A$AP Rocky came via a Twitter post from rapper Juicy J on Friday, 17 May 2019. The rapper posted a picture of himself with A$AP Rocky, Project Pat, Metro Boomin and Crazy Mike in the studio and captioned it, “5:30am We cooked up a masterpiece! A$AP Rocky new album on the wayyyyyyyyyyy.” Juicy J has been dropping hints about A$AP Rocky’s upcoming album for a while now, giving listeners an inkling that he may have a large role to play in its production.

This post comes after A$AP Rocky tested an unreleased song titled Babushka on Tuesday, 8 January 2019 during a Minneapolis show that formed part of his Injured Generation Tour. In videos published of the performance, the song features a heavy bass beat alongside an electric keyboard melody as A$AP Rocky raps along confidently with his signature nonchalant flow. For the performance he also sports a headscarf, adding to the babushka aesthetic. A$AP Rocky is yet to release the CDQ version of Babushka and it is unclear whether or not it will appear on his upcoming project.

The rapper has been keeping fans occupied with the release of his latest collaborative singles like Pups with A$AP Ferg and Energy with BURNS and Sabrina Claudio. This upcoming album will be A$AP Rocky’s fourth studio album, following Testing which was released on Friday, 25 May 2018.

A release date and official track list for A$AP Rocky’s upcoming album is yet to be released.