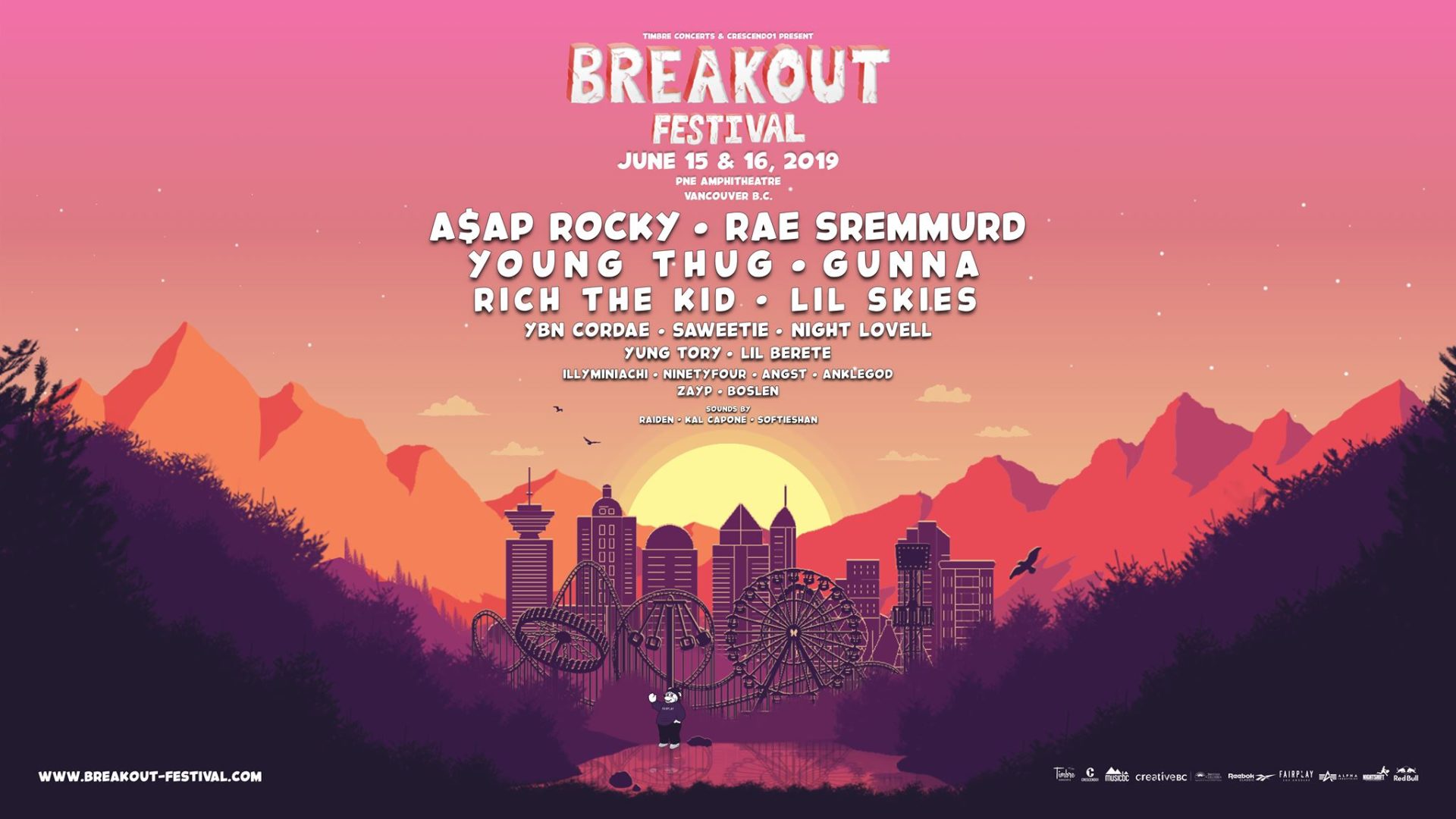 A$AP Mob rapper A$AP Rocky is set to headline the Breakout Festival in Vancouver, British Columbia, alongside other notable acts such as Rae Sremmurd, Young Thug and Rich The Kid.

The Breakout Festival returns to the PNE Amphitheatre for a two-day-long celebration of hip-hop’s finest. The festival takes place this coming weekend on Saturday, 15 June 2019 and Sunday, 16 June 2019, in association with Crescendo 1 and Timbre Concerts.

A$AP Rocky is currently on his Injured Generation tour that has seen him tour across North America, performing at festivals like III Points Music Festival and Buku Music + Art Project. He is touring in support of his latest album, Testing, released on Friday, 25 May 2018. Testing saw  him collaborate with some major artists like Kid Cudi, Skepta, Kodak Black, Juicy J, French Montana and Frank Ocean.

Tickets for the Breakout Festival are available for purchase on Ticketleader.