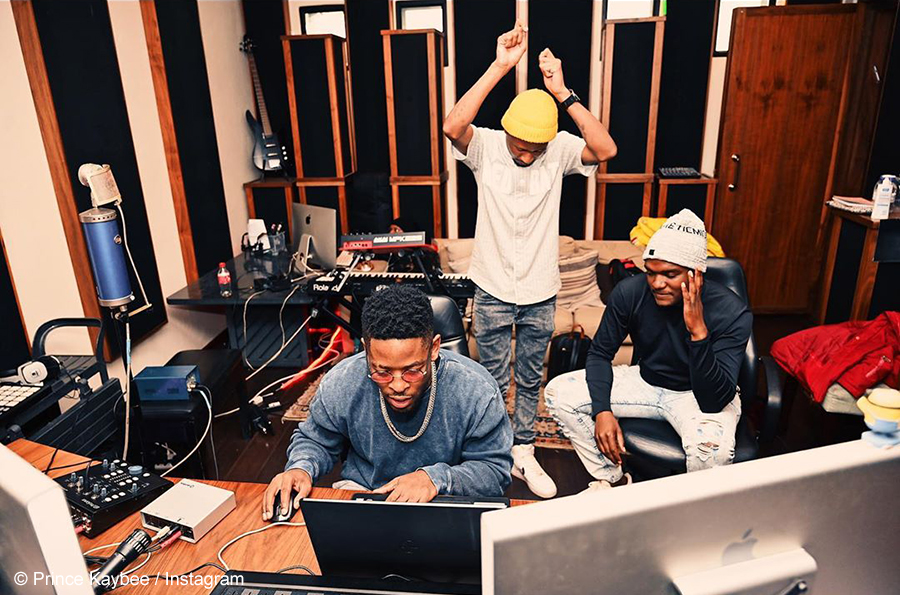 The DJ duo signed under Prince Kaybee’s record label, Low Key Records, has shared a preview of their upcoming debut single, Own The Night, featuring Prince Kaybee and Lady Zamar.

On Monday, 15 July 2019, celebrated DJ and record label owner, Prince Kaybee shared that he was working with his new signees, Afro Brotherz, under his record label, Low Key Records, to produce their maiden single. Following the announcement, the Fetch Your Life hitmaker and the featured artist on the upcoming single, Lady Zamar, both shared the journey to making the single on their social media pages.

On Thursday, 18 July 2019, Prince Kaybee then took to his social media pages to announce that the duo’s single was complete, announcing the title of the single in the caption. He made the announcement through posting an image of him and the duo in the studio finalising the song.

Later in the week on Saturday, 20 July 2019, he then shared a video of the behind-the-scenes making of the song. In the video he shared, Prince Kaybee uses his hit single, Gugulethu, as the soundtrack and only provides a preview to the upcoming track towards the end of the video, featuring Lady Zamar singing the chorus of the song into the microphone.

However, on Tuesday, 23 July 2019, Prince Kaybee and Afro Brotherz shared the first preview of the upcoming single across their social media pages. The preview is a video made from footage of the duo playing at a club, with the instrumental introduction of the track used as the soundtrack of the video.

Afro Brotherz used their caption for the video to describe the genre and intention of releasing this single as their introduction into mainstream music. In the caption they stated, “Afro House/Afro Tech is the future. Afro Brotherz featuring Prince Kaybee and Lady Zamar – Own The Night…” The release date for the single has yet to be announced.

Watch the preview video for Own The Night below.