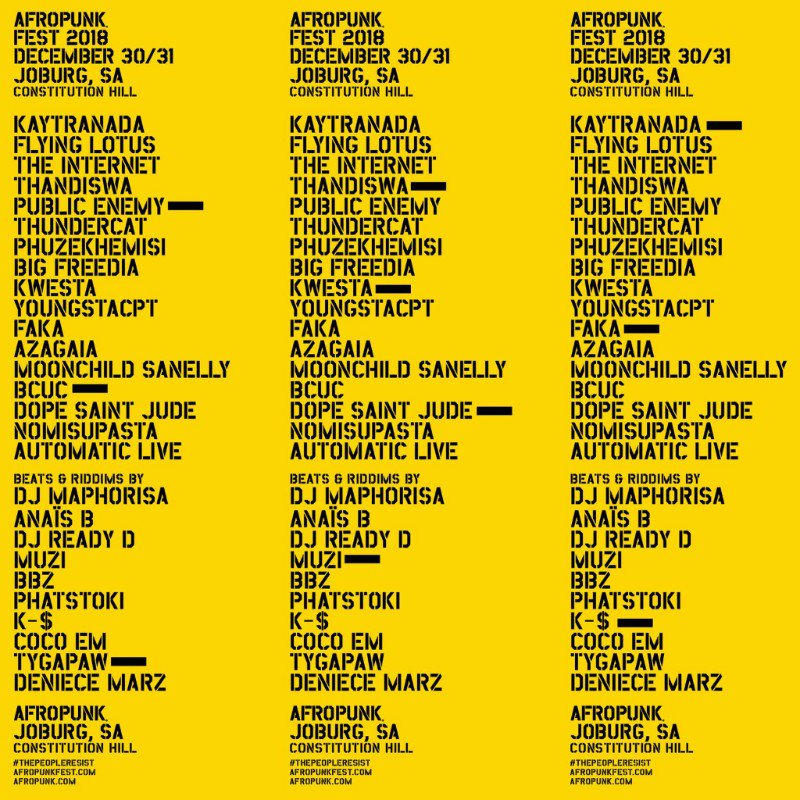 The popular AFROPUNK festival will be returning to Johannesburg this December, with Kwesta, DJ Maphorisa, Phuzekhemisi and DJ Ready D being added to the line-up.

Organisers of the popular music festival, AFROPUNK, have revealed an additional set of artists for the upcoming event. Award-winning hip-hop artist, Kwesta, maskandi artist, Phuzekhemisi, DJ Ready D and ‘iWalk Ye Phara’ hitmaker, DJ Maphorisa, have just been announced as the new additions. They will be joining the previously announced line-up, which includes the likes of local sensations Moonchild Sanelly, YoungstaCPT, Thandiswa Mazwai and international sensations, Kaytranada and Thundercat.

Following the announcement, social media users immediately took to Twitter to share their excitement about the new additions, praising the festival for its versatility and its willingness to accommodate a wide variety of genres in their line-up.

This year’s theme is The People Resist, a call to action against racism, patriarchy and any form of hate.

Founders of the festival refer to it as a festival that is “defining culture by the collective creative actions of the individual and the group. It is a safe place, a blank space to freak out in, to construct a new reality, to live your life as you see fit, while making sense of the world around you.”

Approximately 20 000 people from across the country and abroad were at the 2017 event to usher in the new year. The annual festival is back for a second time in South Africa and will be taking place at the Constitutional Hill on 30 and 31 December 2018.