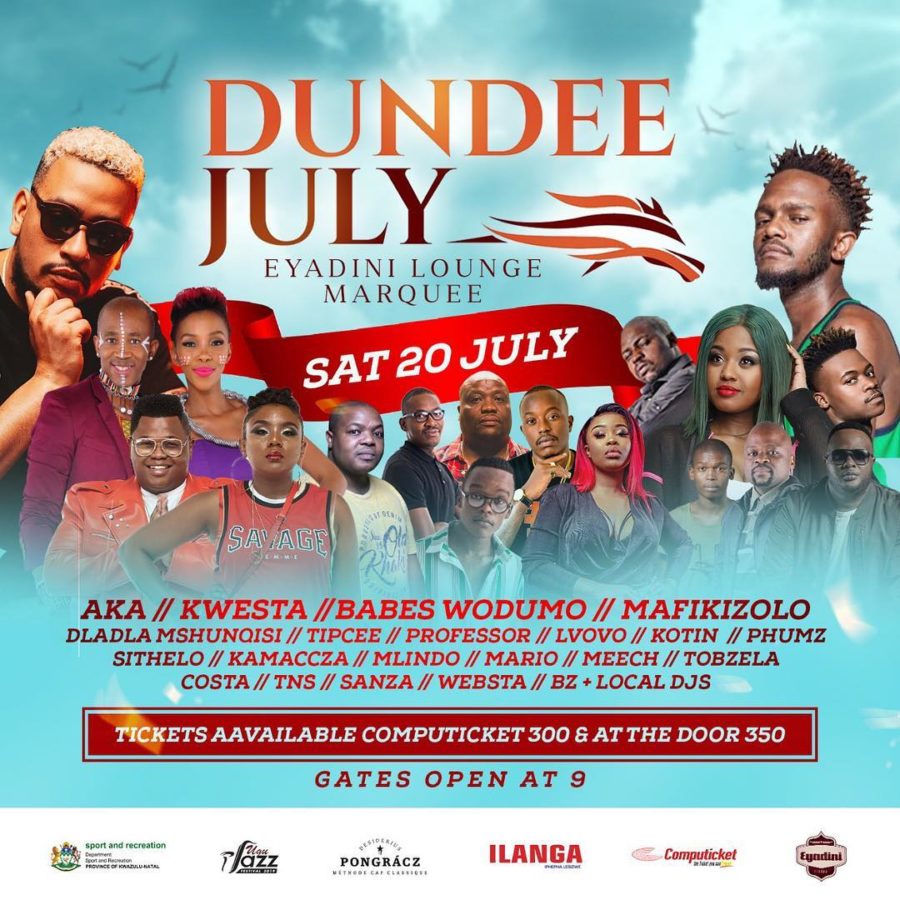 Ahead of the Dundee July horse racing event, Eyadini Lounge has revealed the names of all the artists that will be headlining the event, including celebrated rappers, AKA and Kwesta.

The Dundee July horse racing event is set to take place on Saturday, 20 July 2019, at the Dundee Horse Racing Field. Premium lounge and popular shisanyama local spot, Eyadini Lounge, will have its own marquee at the event, whose official poster of the star-studded line-up has now been released.

The line-up consists of various popular artists from an array of music genres including hip-hop, gqom, kwaito and house music. The variety of musical acts offered is also apparent in the headliners chosen for the event. They include hip-hop artists, AKA and Kwesta, self-proclaimed gqom queen, Babes Wodumo, and African music duo, Mafikizolo.

Eyadini Lounge’s marquee at the Dundee July follows their successful marquee at the popular horse racing event, the Vodacom Durban July, which was hosted on Saturday, 6 July 2019, at the Greyville Horse Racecourse. During the weekend thereof, the lifestyle lounge had hosted various concerts including the sold-out Durban July Eyadini Experience, which had repeat headliners AKA and Kwesta, along with Cassper Nyovest and Sjava.

Doors to the marquee will open at 09:00 and tickets at the door will cost R350 each. VIP tickets are reportedly sold out.