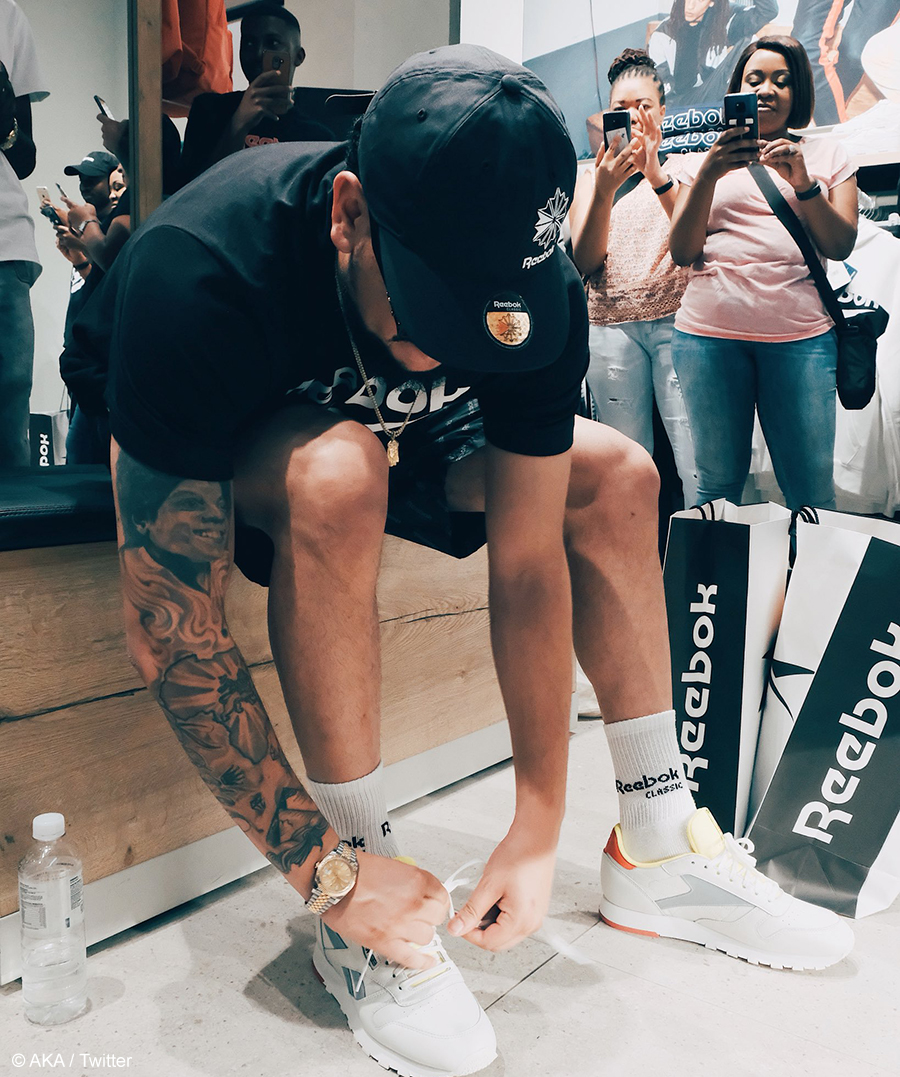 Rappers, AKA and Shane Eagle, had a comical exchange on social media after Shane Eagle asked AKA for a pair of SneAKAs to publicly end their alleged feud on Monday,18 November 2019.

Shane Eagle took to Twitter to tell social media users that he’d reconcile with AKA if they asked him to send him a pair of his SneAKAs. The two artists have allegedly been feuding since 2018, after Shane Eagle called AKA out for being a signed artist after he claimed otherwise. AKA responded to Shane Eagle’s tweet, saying he’d also unblock him on Twitter, after sending him a pair of SneAKAs.

Read the interaction between the two artists below.