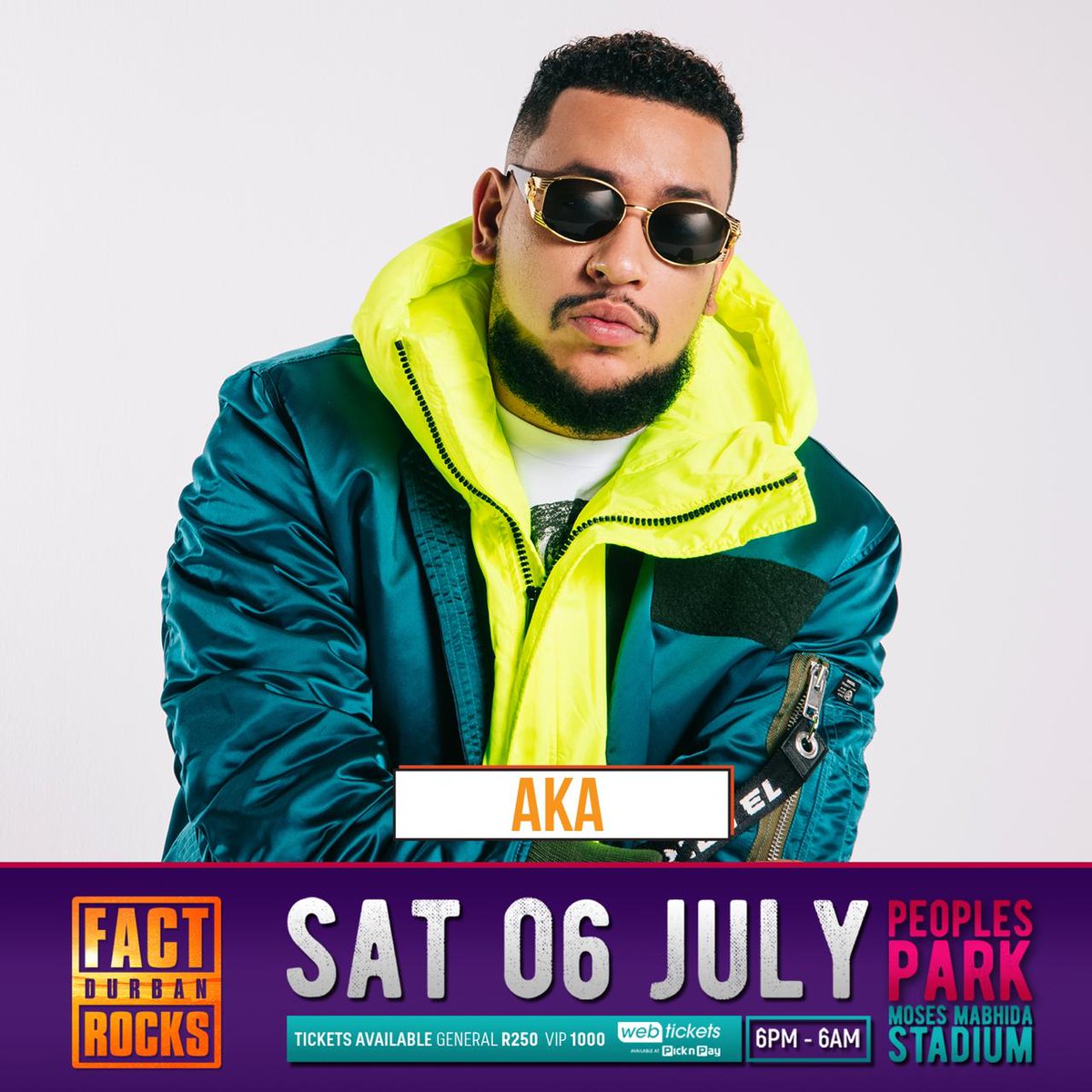 Afrotainment released the full line-up for their upcoming concert, and rapper AKA is one of the headliners for the concert taking place on Saturday, 6 July 2019.

On Tuesday, 4 June 2019, Afrotainment went on their Twitter page to share the full line-up for this year’s edition of the July Fact Durban Rocks concert, which is taking place on Saturday, 6 July 2019, at the Moses Mabhida Stadium; AKA was named as one of the headliners who will be performing on the day of the festival.

AKA has had a long-standing relationship with the Fact Durban Rocks event, having featured in past concerts, including the New Year’s edition of the concert. The rapper just finished his own three leg South African tour called the Megacy Over Everything tour, in which he featured popular and upcoming hip-hop artists like A-Reece, YoungstaCPT and Big Hash.

AKA is not the only popular artist that will be a part of the headliners performing during the musical event. He joins the likes of hip-hop artists Kwesta and A-Reece, who will be making his debut on the Fact Durban Rocks stage, alongside Afrotianment artists like Joocy, Tipcee, Dladla Mshunqisi and stable co-owner, DJ Tira. Other popular mentionable names are Busiswa, Vetkuk vs. Mahoota, Lady Zamar and Sho Madjozi.

For more information or to purchase a ticket visit Webtickets.