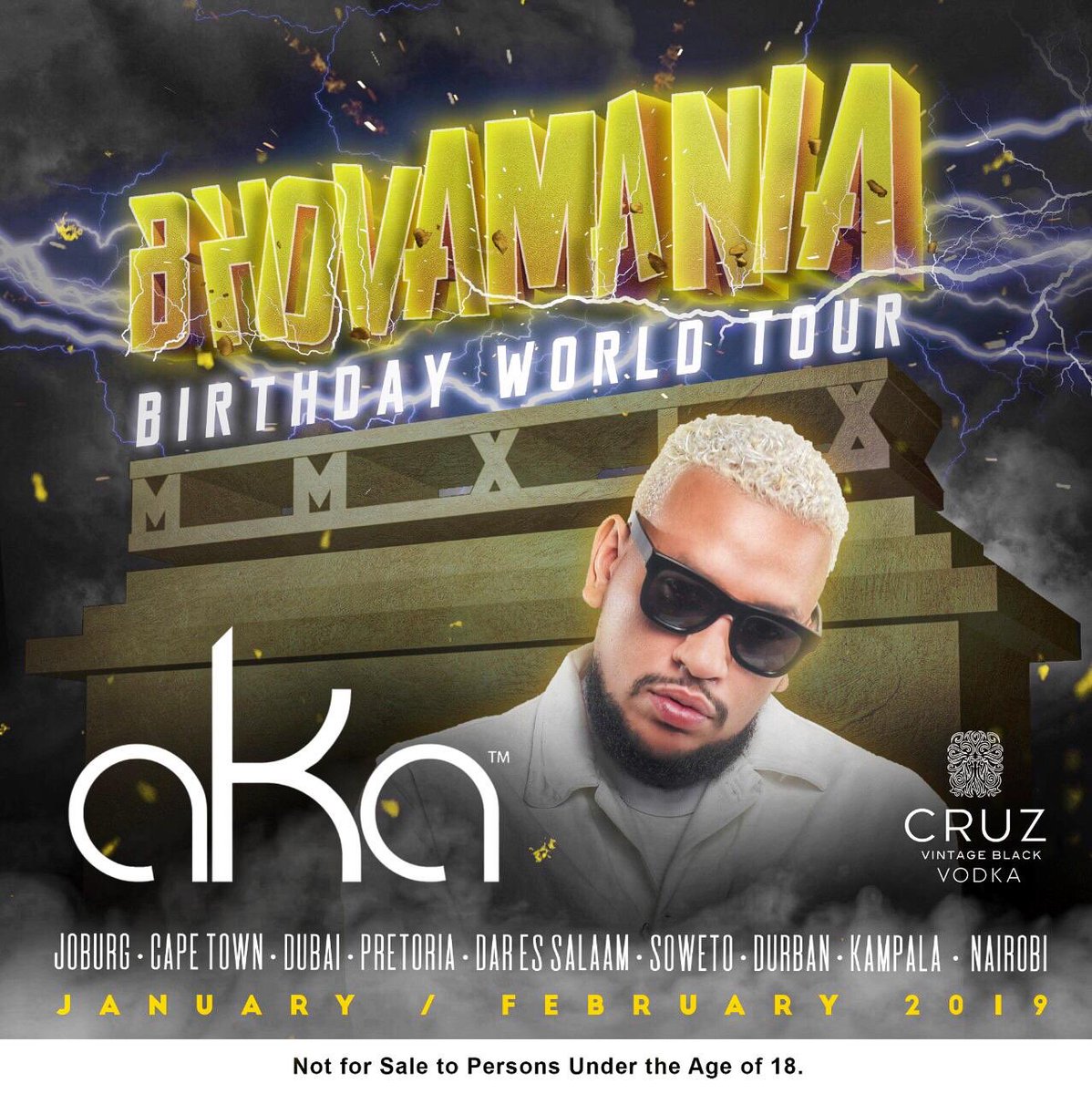 The star will be going on a world tour, visiting major cities across South Africa, three other African countries and the city of Dubai in the United Arab Emirates.

Rapper, AKA, took to Twitter on Monday, 14 January 2019, to announce his Bhovamania Birthday World Tour, which will take place over the course of January and February 2019.

The star will be performing in five different countries; four of them on the African continent. The ‘Jealousy’ hit-maker will perform in the cities of Nairobi in Kenya, Kampala in Uganda, Dar es Salaam in Tanzania and Dubai in the United Arab Emirates. Back home, the rapper will be visiting his hometown of Cape Town, as well as the cities of Johannesburg, Pretoria and Durban.

The rapper, whose real name is Kiernan Forbes, released his hit single titled, ‘Fela In Versace,’ featuring Kiddominant, in July 2018. Forbes has been an active musician for many years and released his first album titled ‘Altar Ego’ in 2011. The album features the songs ‘Victory Lap’ and ‘All I Know’ which catapulted him to fame.

The album is supported by the single ‘I Want It All’ featuring Khuli Chana and PRO. His latest album, titled ‘Touch My Blood,’ was released on Friday, 15 June 2018. The album features the likes of JR, Kwesta and L-Tido. Forbes promised that the dates, times, venues and the names of special guests who will join him on tour will be announced soon.