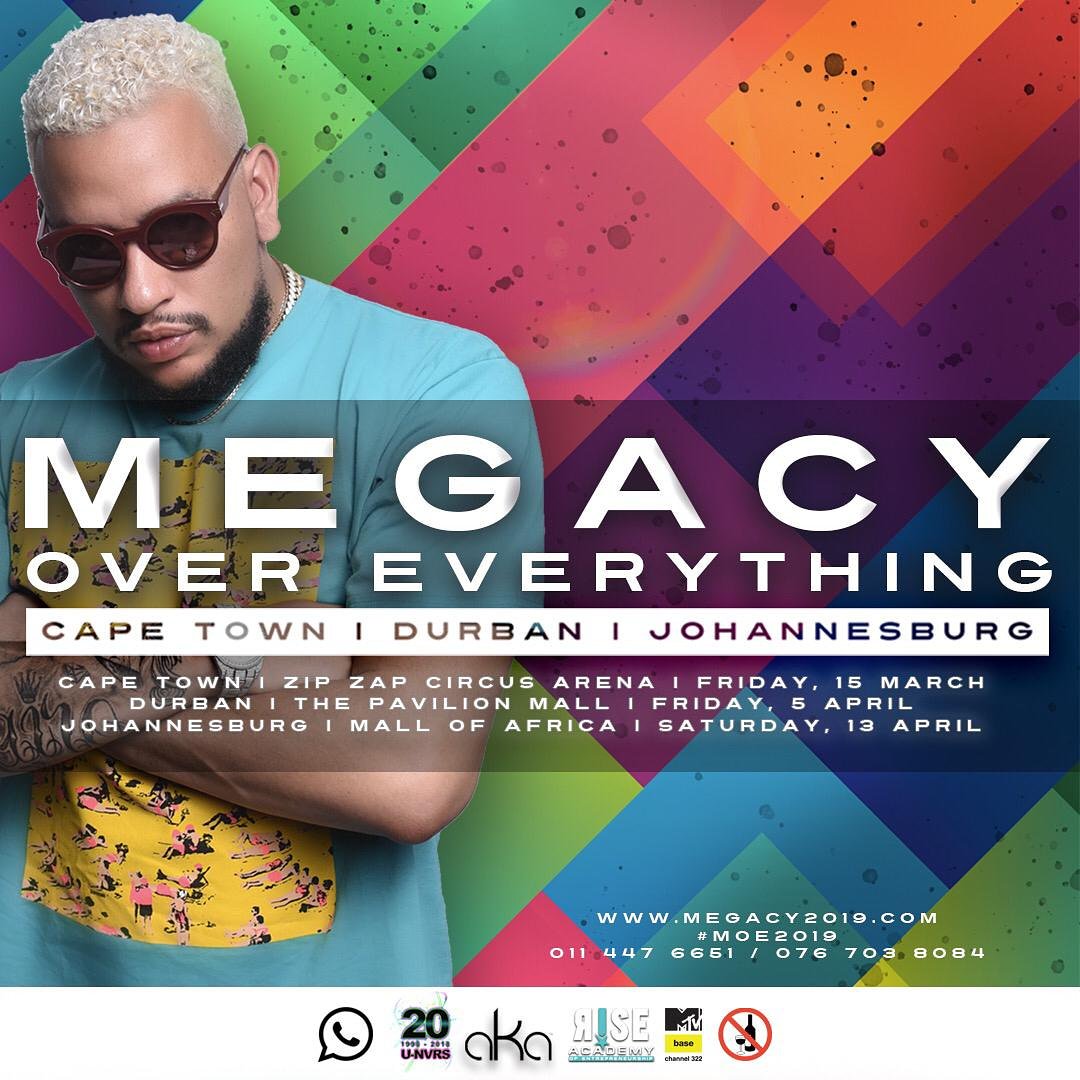 The rapper will embark on the three-city tour visiting the South African cities of Durban, Cape Town and Johannesburg, performing during the months of March and April 2019.

AKA took to Instagram on Tuesday, 5 February 2019 to encourage fans to purchase tickets to his upcoming Megacy Over Everything Tour.

The rapper, whose real name is Kiernan Forbes, will be taking the tour to the cities of Cape Town, Durban and Johannesburg. AKA will perform at Cape Town’s Zip Zap circus arena on Friday,15 March 2019. The following show will take place in Durban at the Pavillion Mall on Friday, 5 April 2019. The three-city Megacy Over Everything tour will come to an end on Saturday, 13 April 2019 at the Mall of Africa in Midrand, Johannesburg.

AKA is currently on his Bhovamania Birthday Tour which started in the latter part of January 2019 and comes to end this month, February 2019. The rapper recently performed at a sold out show in Dar es Salaam on Friday, 1 February 2019 as part of the tour. At the end of the tour the rapper would have visited a total of seven cities.

The rapper revealed in a Facebook post on Thursday, 31 January 2019 that fans of all ages could attend the Megacy Over Everything shows. “We had to listen to the kids,” he wrote. ”Now everyone is old enough to experience Supa Mega live in concert.” The event poster indicated that no alcohol would be allowed at any of the venues.

Tickets are available for purchase at Webtickets, retailing between R150 and R500.