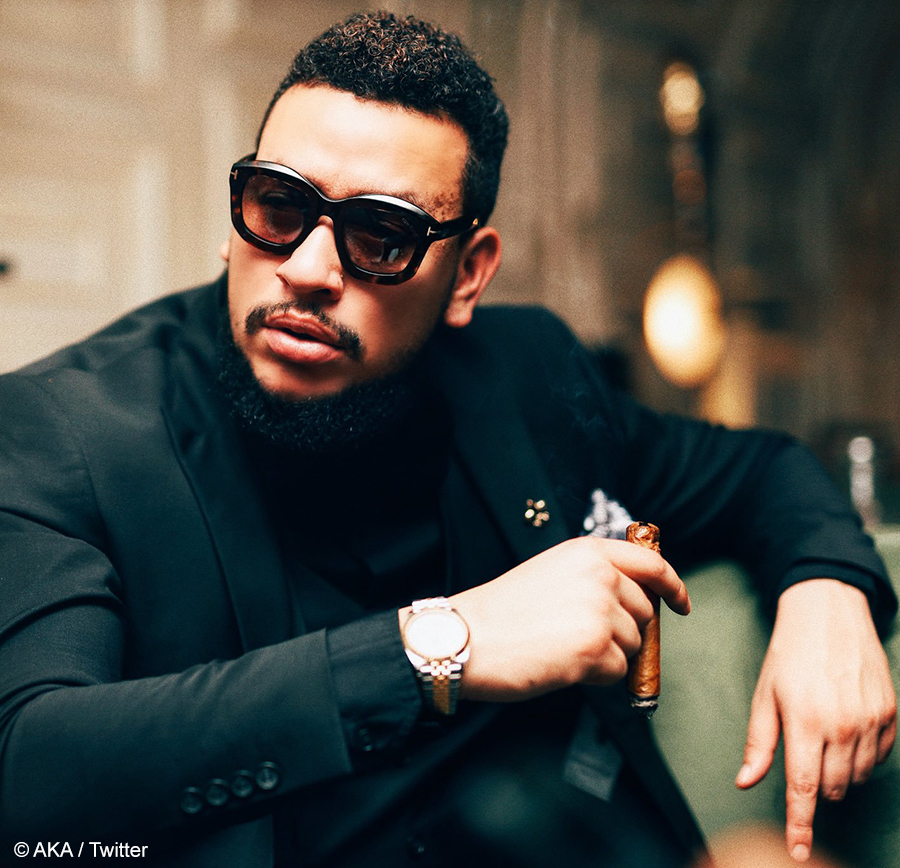 AKA took to Twitter to share his list of the Top Ten best South African rappers and acknowledged rapper, Cassper Nyovest, allegedly referring to him as “that other f*ckin’ guy.”

On Saturday, 19 October 2019, AKA was the latest social media user to share his list of the best South African rappers. AKA presented the list according to his ranking and did not resist to further fuel his alleged rivalry with Cassper Nyovest, referring to him as “that other f*ckin’ guy” and rating him last on the list.

In his post, he stated, “Top ten SA hip-hop [greatest of all time] list: Pro, AKA, K.O, Tumi, Kwesta, Nasty C, HHP, Khuli Chana, Jr., and that other fuckin’ guy.  In that order.” The list and the order created a debate in the comments section of the post, with his followers sharing their opinions on the list and the ranking.

Several social media users continued the running joke of the Cassper referral, with one social media user asking, “Who’s the other guy?” Answering the question, another follower referred to Cassper by a name that was given to him by Prince Kaybee during their recent Twitter spat, calling Cassper “Shotpan.”

AKA then retweeted some of the comments on the post, with one from a follower that used his daughter, Kairo, to try and lambast him. The social media user wrote, “Just imagine kids from crèche telling Kairo that her father is busy beefing with someone on Twitter, who is also younger than him.” AKA responded back, saying, “Kairo doesn’t go to ‘crèche.’”

His fans continued lambasting the follower, with one fan of the Fela In Versace hitmaker writing, “You shouldn’t have involved his kid. Now look at what levels are doing to you.”