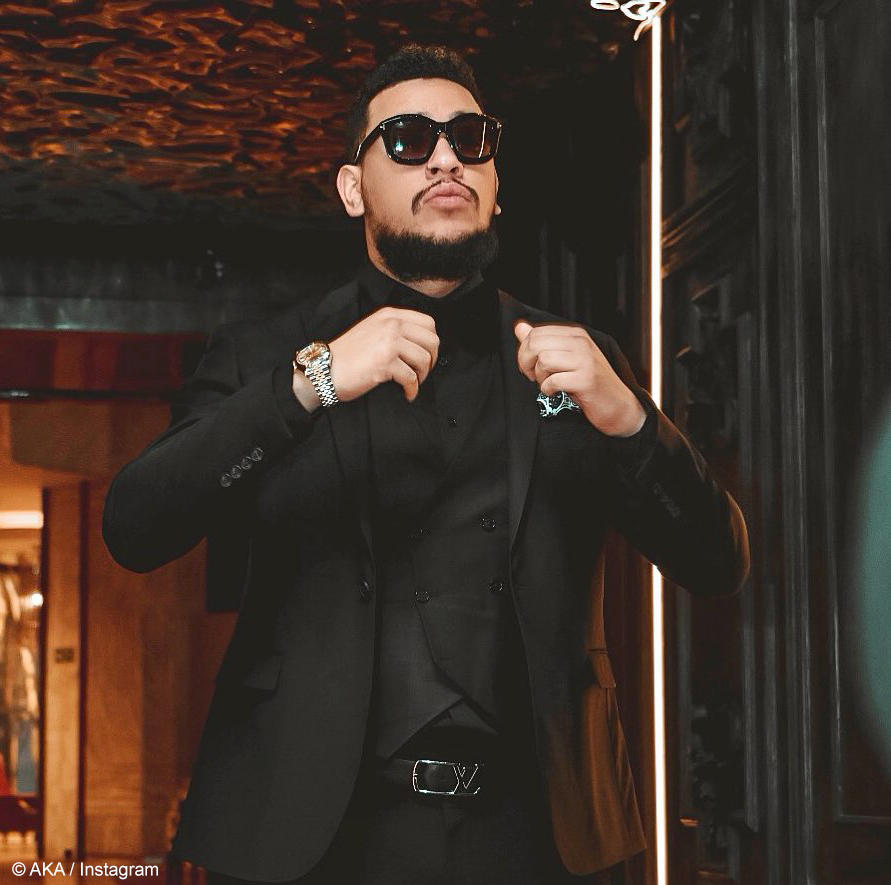 Rapper, AKA, revealed that before he fully comes back to promoting new music, he has decided to take a vacation and has revealed his destination through his latest post on social media.

AKA was photographed sitting by his partner’s side, DJ Zinhle, during the dinner party. However, it is currently still unclear if he embarked on the vacation alone, or with the mother of his child and their daughter, Kairo Forbes.  AKA revealed the holiday destination through a simple tweet stating, “Bonjour,” which he ended by adding the Mauritian flag too.

Fans who were not familiar with the flag took to his comment section to ascertain where the Touch My Blood hitmaker was. One of the first comments was an interaction between two followers, with the first follower trying to find out where the destination was and the second supplying the answer.

The first follower stated, “I’m normally good with flags… But this [I don’t know]” The second follower responded, “Mauritius.” The interaction ended with the follower learning which African countries are Francophone nations, responding by saying, “I’m getting schooled today I swear. I know a couple of West African countries speak it…never thought Mauritius… I learnt a new thing today that I’m most definitely going to remember!”

Following the explanation, the rest of the responses were from his South African followers who wanted to show how much French they knew and responded to the Supa Mega in the language.

You cant buy this at the Gucci store.

I'm normally good with flags… But this ay!! Angaaaz

Lol I'm getting schooled today I swear. I know a couple of west African countries speak
it….never thought Mauritius… Thanks buddy!!! I learnt a new thing today… That I'm most Def going to remember!!