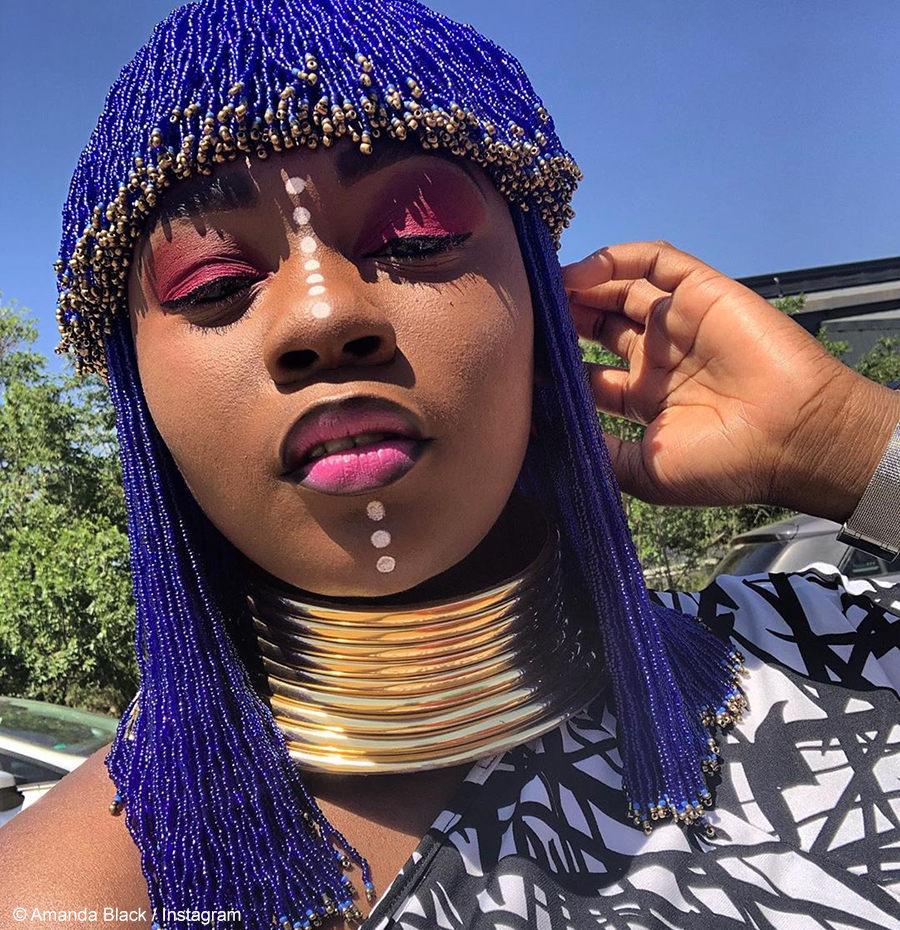 Vocalist, Amanda Black, was the fourth guest on the new season of BET’s Behind The Story and has confessed to feeling lighter after her revealing interview with host, Pearl Thusi.

Amanda Black saw her name trend on social media following her in-depth interview on Wednesday, 9 October 2019. During the hour-long interview, Amanda did not hold back and detailed the struggles she’s faced in the music industry.

Amanda revealed the mistreatment she endured behind the scenes while signed to Ambitiouz Entertainment. She detailed how she still has not been compensated for some of her performances and that the record label still has most of the awards and plaques that she won during her tenure with them.

Following the announcement of the upcoming release of her much-anticipated sophomore album, Power, Amanda started a diary vlog called Power Diaries. In the second diary entry, she revealed how she battled with depression following her departure from the record label, saying, “I battled with very really, really low days more than I can count. Where they kept on going, it was like they were never ending.”

However, it seems that opening up about her struggles and how she is gradually overcoming them is helping. Taking to Twitter on Thursday, 10 October 2019, Amanda tweeted, “Honestly feeling a little lighter this morning. I’ve kept in so much, for so long almost to the point of pretending that it wasn’t that bad, convincing myself that I’m okay. It’s still taking some time to heal. But I’m on my way there.”

Messages of support have been pouring in since the interview. One follower commented on her post, writing, “So proud of you nana. They will never take your Power.” Another social media user sent words of encouragement, writing, “I am really so proud that you did not cry though you were talking about this horrendous experience. You are still going to get [more] awards [with] your sophomore album doing wonders. God bless.”

Good morning, Honestly feelin a little lighter this morning. I’ve kept it in so much, for so long almost to the point of pretending that it wasn’t that bad convincing myself that I’m okay. It’s still taking some time to heal. But I’m on my way there. ❤️ #BehindTheStory