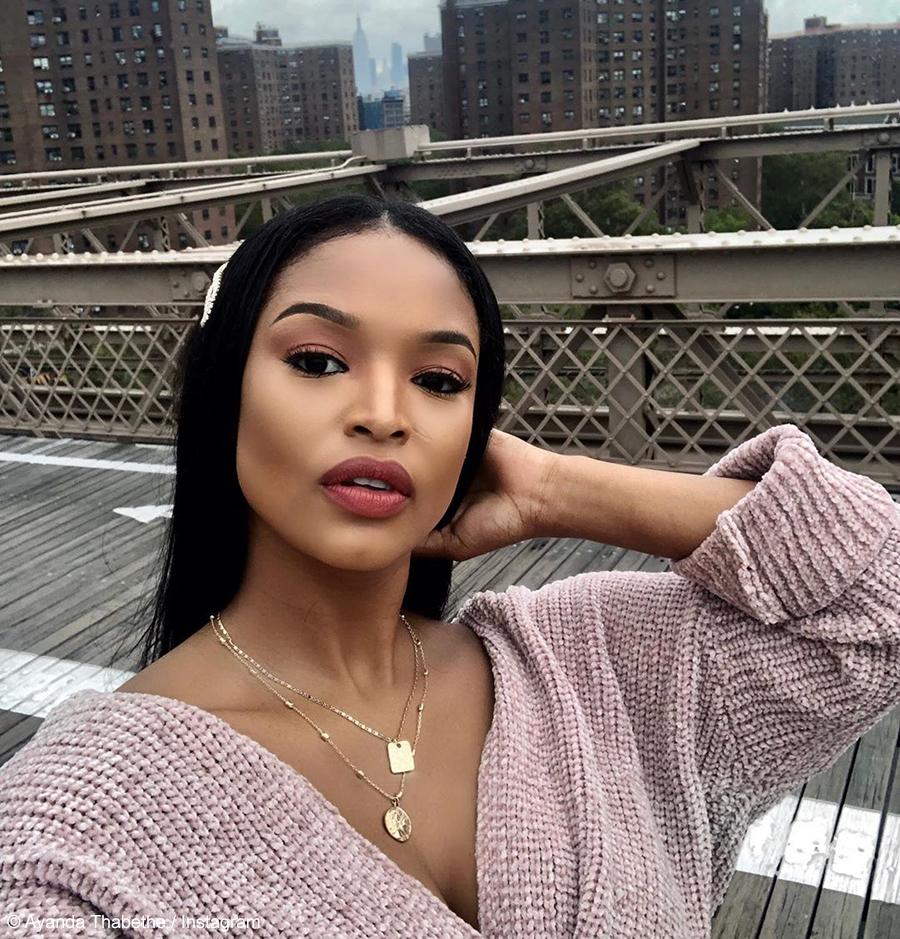 South African model and media personality, Ayanda Thabathe, was the envy of all aspiring models as she met world-renowned model, Gigi Hadid, this past weekend.

In a video shared on Instagram on Sunday, 8 September 2019, Ayanda is seen embracing Gigi as they met before on of the shows at the New York Fashion Week. In the candid video, Ayanda jovially converses with Gigi, letting her know that she chose to meet her instead of attending the Kate Spade show. Ayanda stated, “Gigi do you know that I was supposed to go to the Kate Spade show, but they said [choose between] Gigi and Kate Spade…”. To which Gigi responded with, “Thank you! That’s so sweet!”.

The media personality also managed to ask Gigi a highly requested question, “How do you manage to eat so much of burgers and pizzas and still look absolutely stunning?”, to which Gigi answered, “I just love boxing and riding my horses and staying active. Also, putting our phones away for about 15 minutes helps the body relax, you know?”. The video ends with Gigi sending a message to her South African fans, stating, “Everyone in South Africa, I love you guys! Love love love! Thank you for everything.”

A number of Ayanda’s South African celebrity friends shared their excitement on the post, including Moozlie, Khanya Mkangisa, Bontle Modiselle, Blue Mbombo and Omuhle Gela. Fans also commented on the video, with Shane Kayser stating, “This is so iconic! Both worlds are colliding it’s like a collaboration we never thought we needed!”.

Fashion week NYC hasn’t even started and this is already my absolute highlight! @gigihadid you are such a beautiful soul and thank you for a memorable start to #MNYFashionWeek #MaybellineSA