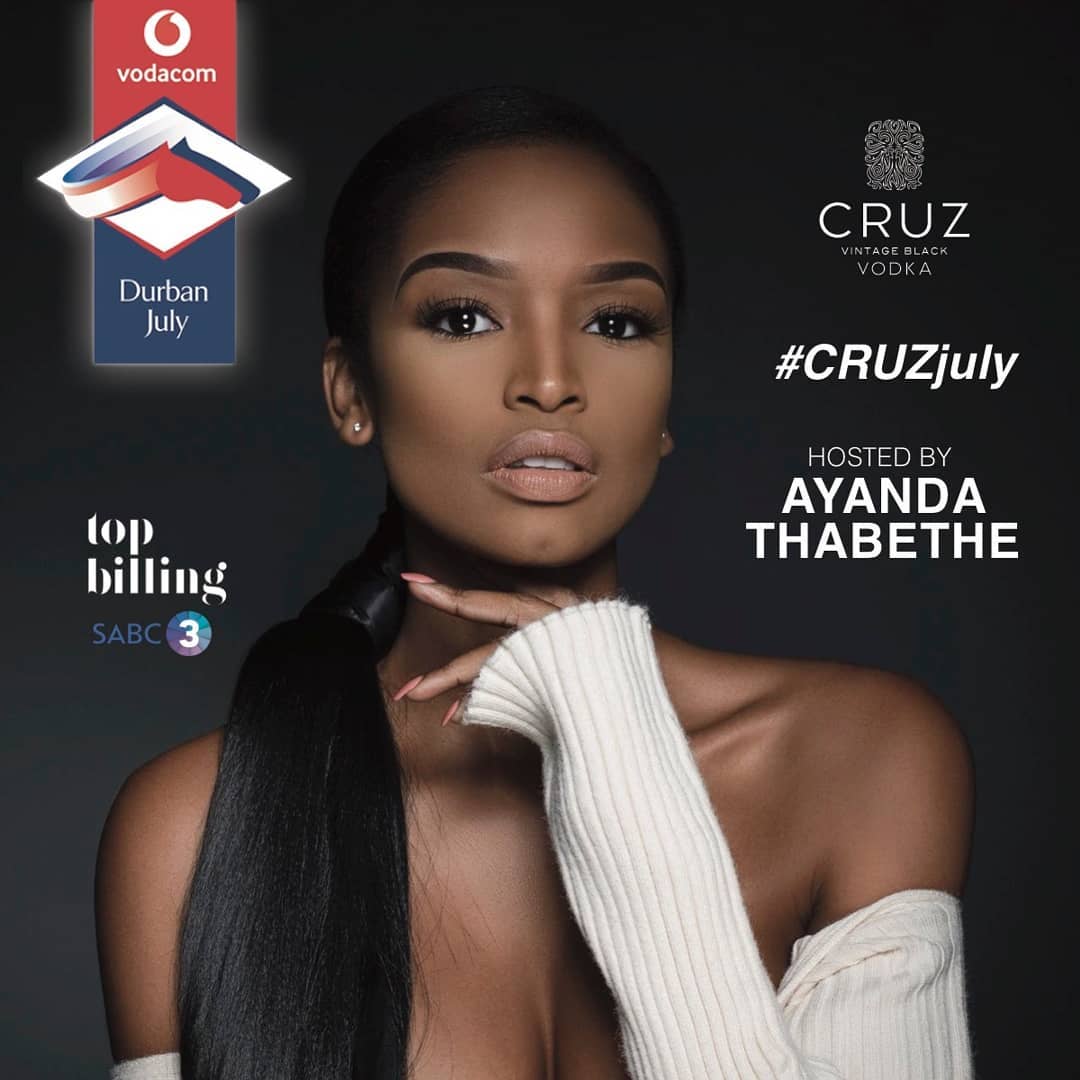 Top Billing presenter, Ayanda Thabethe, will be hosting the Cruz Vodka marquee at the Vodacom Durban July, providing live coverage of the event.

Ayanda Thabethe, winner of 2017 Style Awards’ Most Stylish Media Personality, has since expressed her excitement not only about the event, but also of hosting the marquee for the Top Billing show. She seemed eager and excited to mingle with all the personalities that will be in attendance.

The horse racing event is fast approaching and with it being one of South Africa’s most anticipated events, South Africans who won’t be at the event will be able to virtually join in on the festivities.

Ayanda’s coverage will be exclusively live streamed from the Top Billing TV page on Saturday, 6 July 2019.