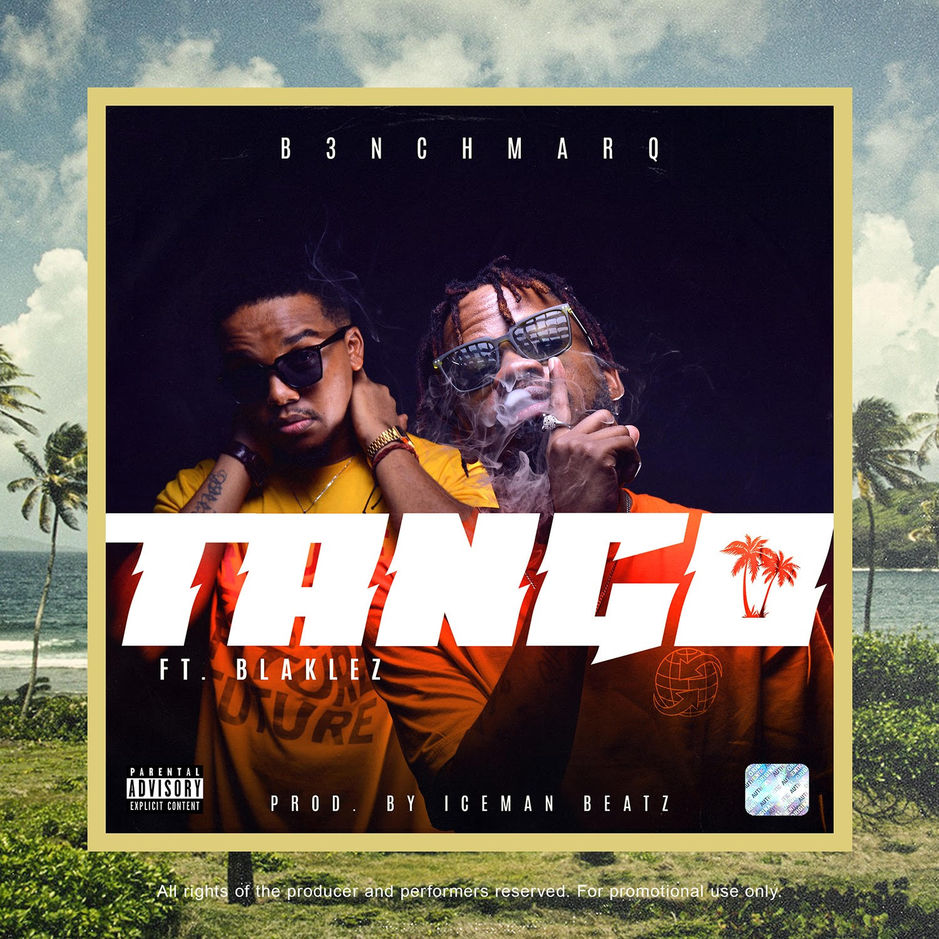 On Wednesday, 29 May 2019, B3nchMarQ shared an image across its social media pages from the Tango music video shoot, featuring Blaklez. The photograph featured all three artists, with one half of the duo, Tkay, and Blaklez sitting on top of the kitchen’s island and Jay Jody standing behind it. All the artists were staring at the camera with their shades on.

On the duo’s social media pages, the image was captioned with the promise that following the release of the music video, fans will most likely hail it as one of the most creative music videos of the year.

The duo first teased fans about the upcoming music video on Wednesday, 22 May 2019, when they released the first image from the music video shoot. The image featured B3nchMarQ standing on their individual dirt bikes looking out of the view of the camera. The image was captioned with the announcement of the imminent music video release, leaving fans to speculate which single they were shooting a video for.

Tango was released as a single back in February 2019. Since then, B3nchMarQ has been promoting the single, along with their upcoming full length musical project ASPEN 2, which will be a follow-up to their last album, ASPEN, released in 2017.