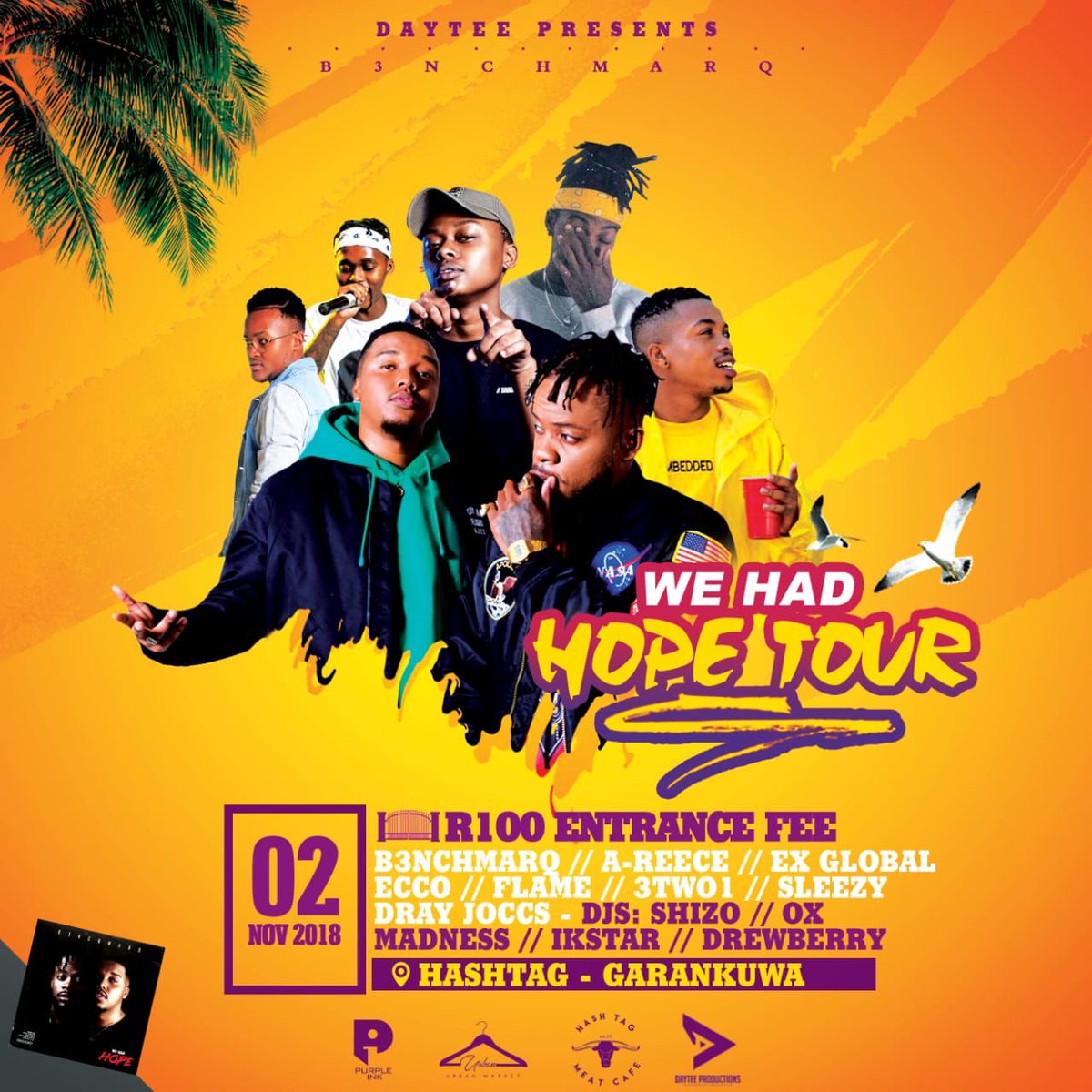 B3nchmarQ has revealed that they will be embarking on a tour in support of their latest album, with their first stop at Cappello in Ghandi Square.

South African Hip-hop duo B3nchmarQ is gearing up for their We Had Hope tour in support of their latest album of the same name, which was released in August 2018. The 17-track album has only three features, 3TWO1, Shawna and J-Smash and features singles such as ‘Left the City,’ ‘Big Man Ting,’ and ‘We Had Hope.’

The duo has taken to social media to promote their upcoming tour by means of a digital flyer with the dates for the tour. Currently, there are only Johannesburg dates, with many fans hoping that the duo will extend their reach and arrange shows in other parts of the country as well.

B3nchmarQ has only revealed two tour dates at the moment, with their first stop at Cappello, Ghandi Square on Friday, 26 October 2018. The line-up will include Glen, Rough Gen, Banze, Hlonique and Mraiks Effective as supporting acts.

Thereafter, the duo will take to Hashtag in Garankuwa on Friday, 2 November 2018. A-Reece, Ex Global, Ecco, Flame, 3TWO1, Sleezy and Dray Joccs are just some of the supporting acts that have been revealed for the second date.