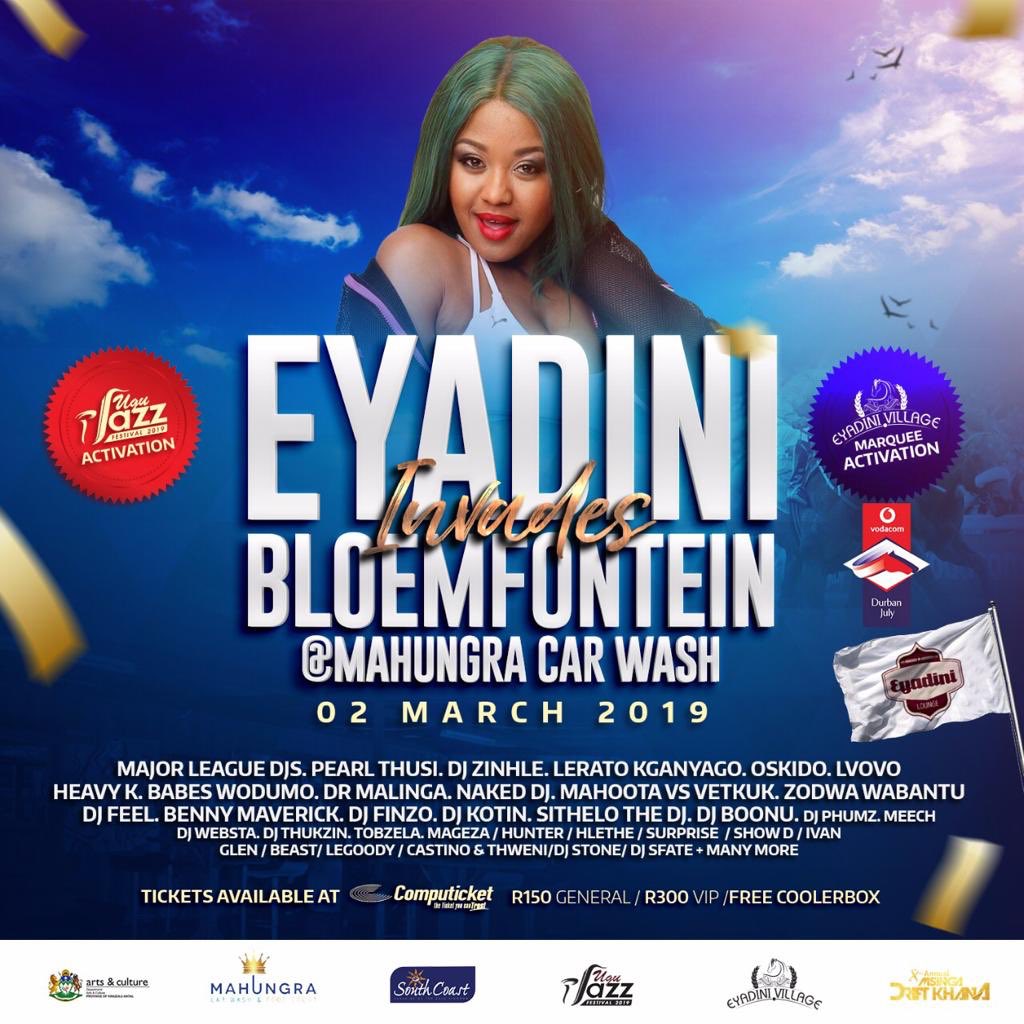 Popular Durban-based lounge Eyadini will be invading the Mahungra Car Wash in Bloemfontein this coming Saturday, 2 March 2019, with Babes Wodumo being listed as the headline act.

Already a popular and well-known brand around South Africa, Eyadini Lounge is one of KwaZulu-Natal’s tourist and local hotspots. The venue was established in 2008 and has become popularly known not only for its braai’ed meat but also for hosting South Africa’s biggest artists, especially KwaZulu-Natal’s biggest gqom artists. The lounge experience is gearing up to invade Bloemfontein this coming Saturday, 2 March 2019, at the Mahungra Car Wash.

The event’s line-up is filled with popular artists and DJs such as Vetkuk vs. Mahoota, Heavy K and Major League DJz, as well as popular gqom artists and DJs like Lvovo, Zodwa Wabantu and self-proclaimed gqom queen, Babes Wodumo.

The ‘queen of gqom music’ is currently still enjoying the success of her 2016 debut album Gqom Queen Vol. 1. The last single she released was Ka Dazz in September 2018. The songstress has kept mum on a follow-up album. However, she has not stopped touring and headlining events, such as Eyadini, and a string of other festivals, just in the month of February 2019 alone.

The event, which is endorsed by the Department of Arts and Culture, will be hosted by popular television personality Pearl Thusi. It will also feature two activations, one being the Eyadini Village Marquee and the second being the UguJazz Activation tent.

Tickets are available for purchase at Computicket, retailing between R150 and R300.