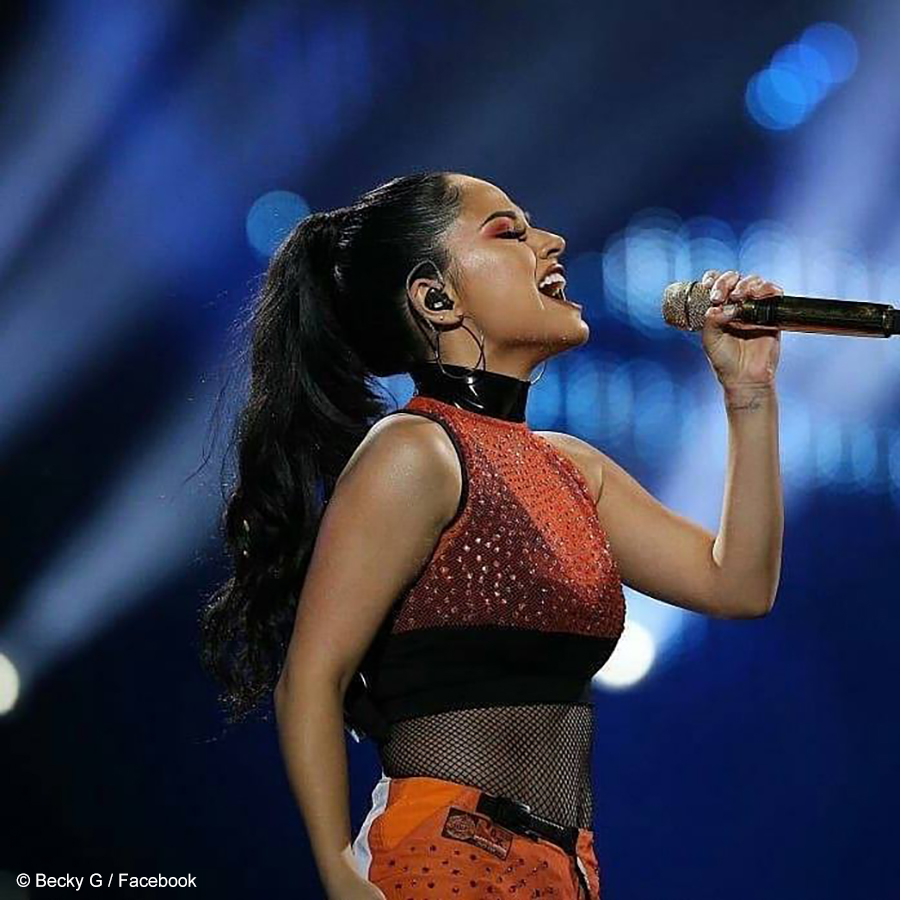 Latino songstress Becky G took to social media on Tuesday, 11 June 2019, to share the official tour dates for the Spanish leg of her world tour.

In an Instagram story shared on her official page, the singer shared a promotional poster showcasing the tour dates for the Spanish leg of her world tour. The image shows the singer in a red-lit edit, with the tour dates printed in red and white bold font. Becky G will travel throughout Spain from Friday, 28 June 2019 to Saturday, 20 July 2019, as part of her ongoing world tour. Cities included on the Spanish leg are Barcelona, Villa-Real, Ibiza, Malaga, Madrid, Benidorm, Gran Canara, Tenerife, and Palma De Mallorca.

The world tour began on Friday, 24 May 2019, in Colombia and has visited other countries such as Chile and North America. The singer has kept the setlist for her shows consistent throughout her tours, with fans expecting her most popular songs to be performed. The performances showcase both English and Spanish songs, which keep in tone with her bilingual repertoire.

Tickets for the Spanish leg of Becky G’s world tour are available for purchase on the official tour website.