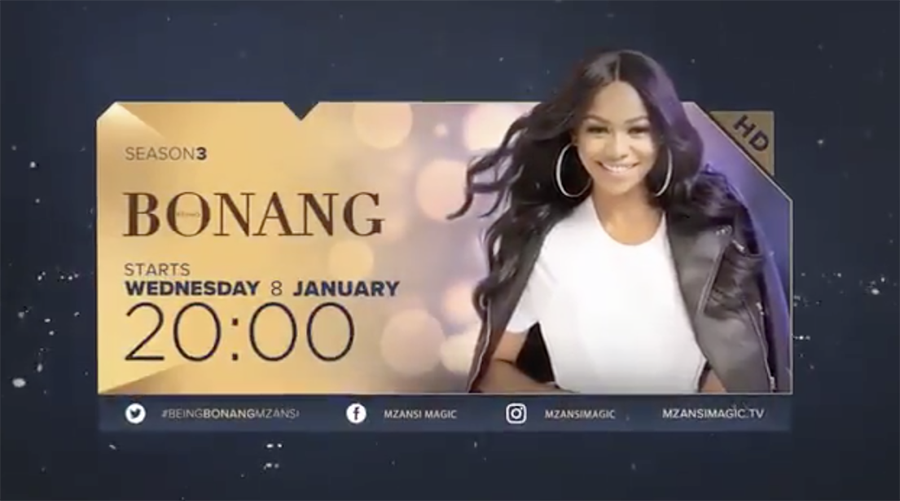 Mzansi Magic has debuted the latest season of Being Bonang, which initially premiered on its sister channel, 1Magic, with the first episode of the third season premiering on Wednesday, 8 January 2020. Fans previously voiced their disapproval of the series only being aired on 1Magic, as that meant that DStv customers that did not have the premium package were unable to watch the show.

Watch the preview of Being Bonang season three below.