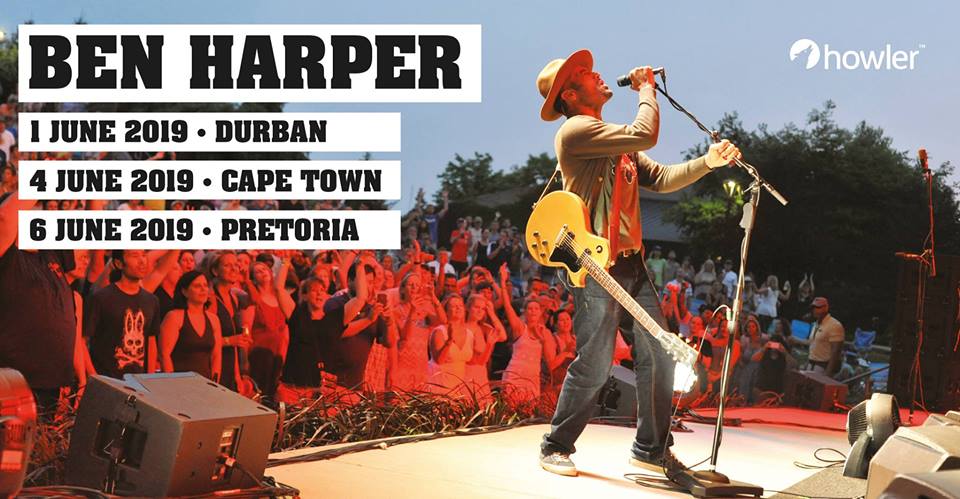 Grammy award-winning American artist Ben Harper will be making his way to South Africa for a three-city tour in the month of June 2019.

The multi-instrumentalist will begin his tour as the headline artist at Zakifo Music Festival in Durban, on Saturday, 1 June 2019. His second performance will take place at Grand Arena, Grand West, in Cape Town on Tuesday, 4 June 2019, followed by his final performance at Sun Arena, Time Square, in Pretoria on Thursday, 6 June 2019.

Harper is also a famous guitarist and has released fourteen albums in his music career, with his most recent album being Call It What It Is, which was released on Friday, 8 April 2016. His versatility has made him stand out in his music career, from mixing a variety of music genres including R&B, soul, and electric, to name a few.

The hit-maker is a seven-time Grammy nominee and two-time Grammy winner. He released There Will Be A Light on Tuesday 21 September 2004 and won a Grammy award at the 47th annual award ceremony for Best Gospel Album in 2004.

At the 61st annual award ceremony, which took place on Sunday 11 February 2019, he won Best Traditional Blues Album for No Mercy In This Land.

Tickets are available for purchase at Howler, retailing between R195 and R350.