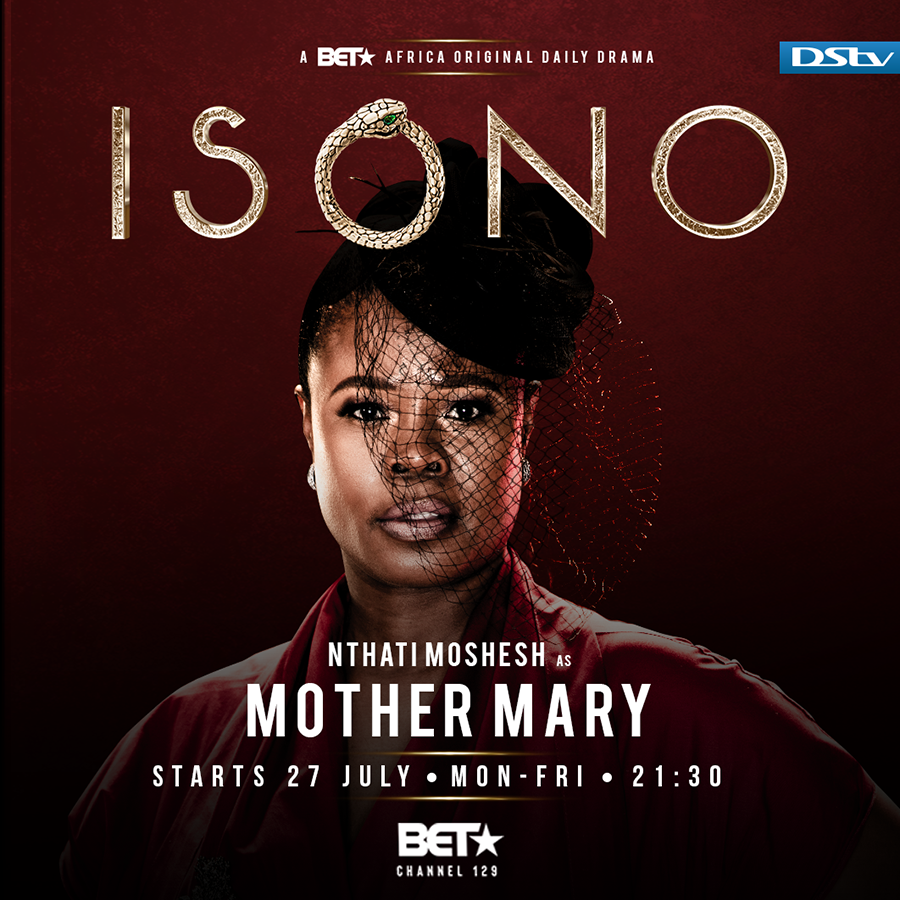 BET Africa has given viewers a glimpse into its upcoming original production, Isono, which is set to centre around the powerful and dangerous matriarch, Mary Ndlovu.

BET Africa has shared the first preview of the upcoming weekday drama series, Isono, which premieres on Monday, 27 July 2020. The clip showed the introduction of lead actress, Nthati Moshesh as Mary Ndlovu, also known as Mother Mary. Mary is held in high regard and respected for the help that she gives to homeless children in her community. Despite her stellar reputation, her hidden demons will cause havoc for her family and friends, who get implicated in her unethical business deals.

Isono serves as BET Africa’s first original weekday telenovela production, airing  at 21:30. In a statement by BET Africa on Thursday, 11 June 2020, Monde Twala, Senior Vice President for ViacomCBS Networks Africa, stated, “Africans are amongst the most passionate and dedicated viewers of daily dramas. We are proud to be able to contribute to this rich culture of authentic local storytelling.”

Watch the preview of Isono, below.

The rumours are true, the speculations can end because life as you know will never be the same!! Catch BET Africa’s very first original Daily Drama #IsonoBET when it starts on the 27th July @ 21:30 CAT only on @DSTV CH 129. #BETAfricaOriginal pic.twitter.com/czwNyNBkTR