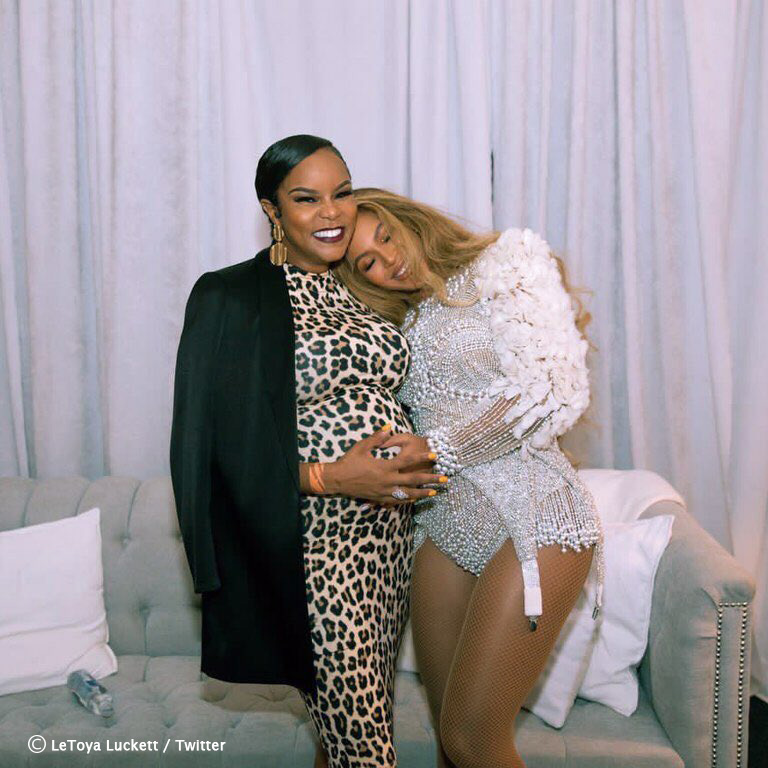 The former band mates were reunited during the Arlington leg of the On the Run II tour and have shared an image on social media.

Beyonce Knowles has taken time out to meet up with former Destiny’s Child member LeToya Luckett. The ‘Irreplaceable’ singer is currently on tour with her husband Jay-Z, and she reunited with LeToya during the Arlington leg of their On the Run II tour. Although LeToya was not part of the Destiny’s Child Coachella reunion, the group has re-iterated that there is no tension or conflict since their split.

Beyonce’s mother Tina Knowles-Lawson took to Instagram yesterday, Wednesday, 12 September 2018 to post a picture of her daughter with LeToya and captioned, “Congratulations LeToya you are gonna be the best mommy.”

The picture has also been posted on Beyonce’s official website as well as on LeToya’s Instagram page.

In a previous interview with Entertainment Tonight, LeToya had nothing but good things to say about her former group members and their working relationship.

“I think the beautiful thing about DC [Destiny’s Child] is none of us came into this to use it as a platform to go solo. We were just four girls who wanted to sing. That’s it. I think the best thing you can do is be a team player and play your role,” she said. “We were supportive of each other and that’s how it should be.”