Bianca Schoombee, who is a model and a Miss South Africa 2020 hopeful, has apologised for her controversial tweets from six years ago, after they resurfaced on social media. Schoombee struggled to find the words for the apology, with multiple deleted versions of the apology circulating on social media.

Her last deleted draft stated that, “Good morning SA, in light of recent event (sic) regarding my tweets from 6 years ago. I would like to profusely apologize for putting it out into the universe then (sic), however, I would like to make you all aware that I have grown as a person, this is no longer who I am or what I stand for.”

Bianca Schoombee later issued a more carefully worded and longer version of the public statement, using the above paragraph as the opening, but also adding “the immature tweets” of when she was 14 years old. She ended the apology by asking for forgiveness because she says she has already “forgiven” herself and loves you South Africa.

See Bianca Schoombee’s apology and the rehashed tweets below. 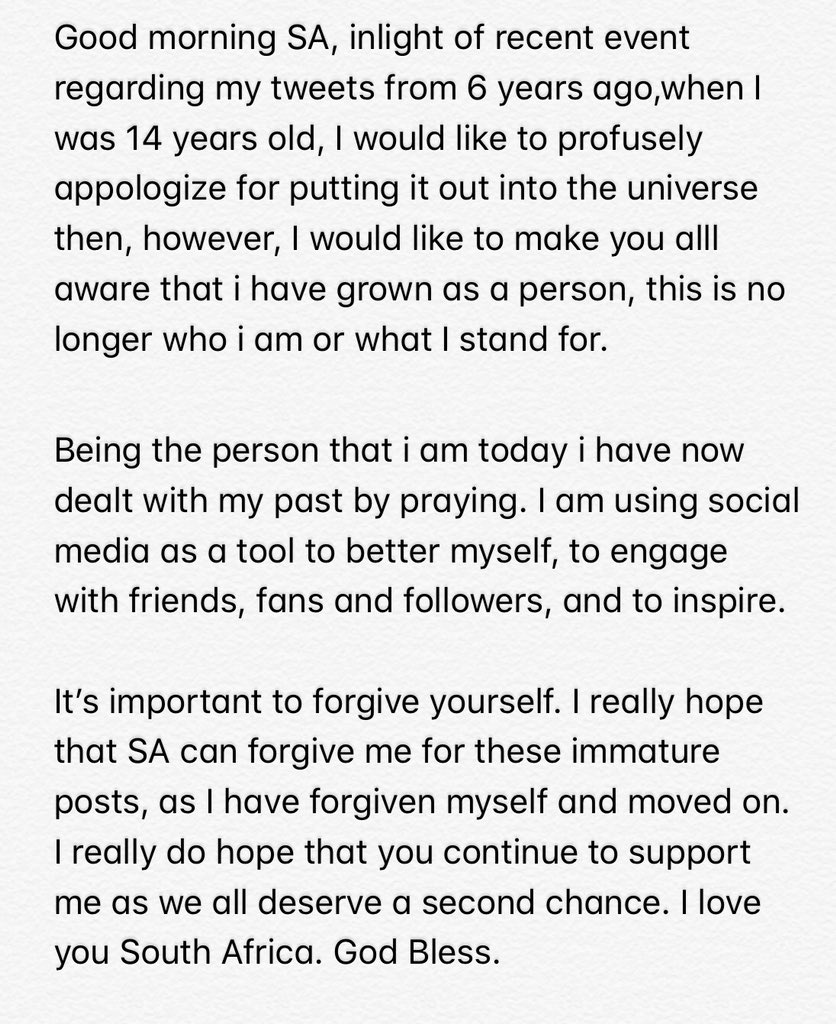 lemme make a thread for everyone who’s gonna be lost when they wake up..