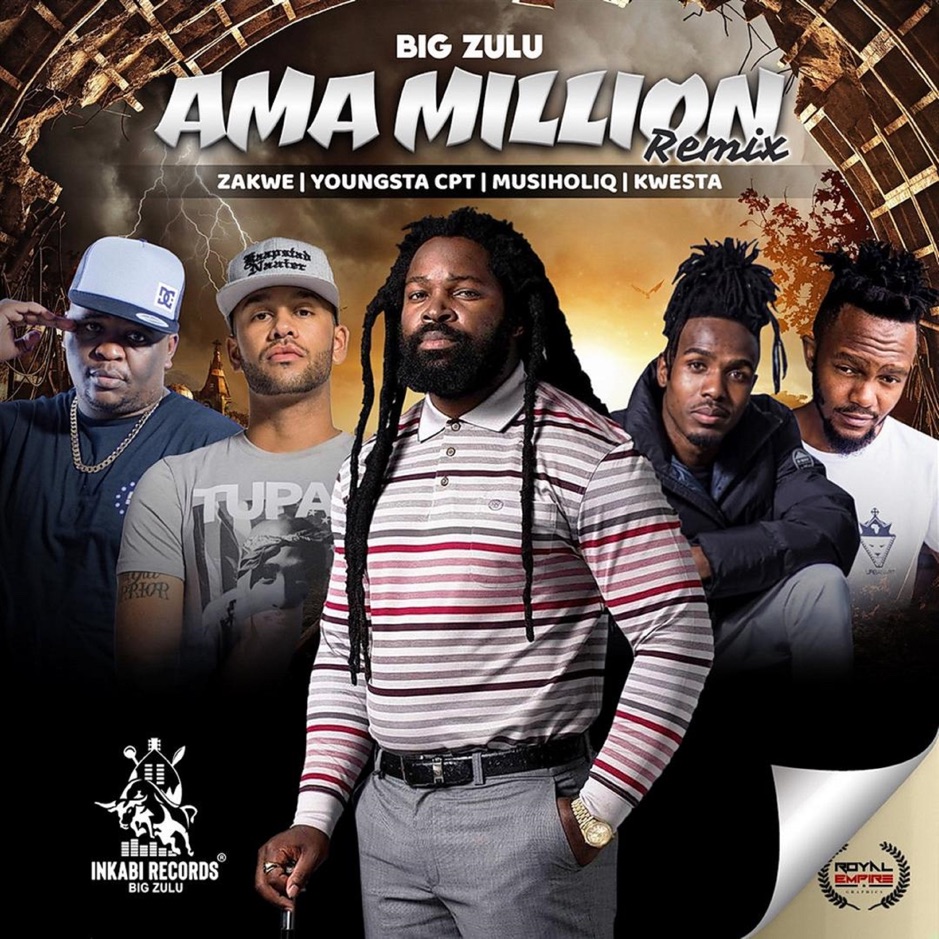 Inkabi rap pioneer, Big Zulu, marked his first release of the year with the remix of his 2019 hit single, Ama Million, this time, featuring Zakwe, YoungstaCPT, Musiholiq and Kwesta.

On Friday, 21 February 2020, Big Zulu released the long-awaited remix of his 2019 hit single, Ama Million, which originally featured Musiholiq and Cassper Nyovest. While Musiholiq returned for the remix of the single, Cassper Nyovest apologised to fans for not being a part of the remix, stating that he did not submit his verse in time. The remix leans towards a more auto-tuned sound, but still has the same bass and trap influence of the original.

Listen to Ama Million (Remix) below.