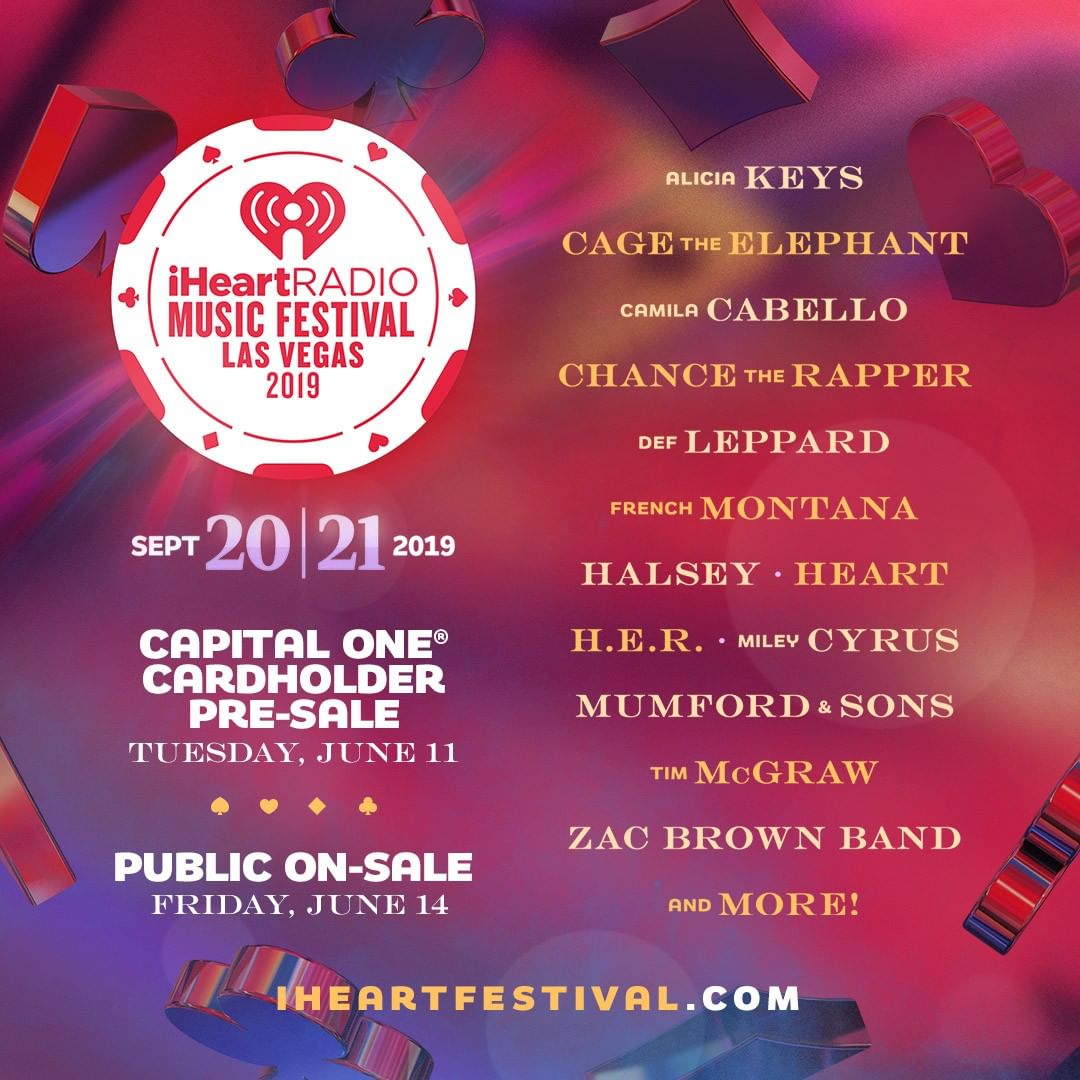 The iHeartRadio Music Festival is set to take place on Friday, 20 September 2019 and Saturday, 21 September 2019 at the T-Mobile Arena in Las Vegas Nevada. The show will be hosted by TV and radio personality Ryan Seacrest, for the ninth time alongside Elvis Duran. Miley Cyrus and Camila Cabello appear on the main line-up alongside major acts like Alicia Keys, Cage The Elephant, Chance the Rapper, French Montana, Halsey, H.E.R and Mumford & Sons.

Chief programming officer for iHeartMedia commented on the festival in an article published by Variety on Tuesday, 4 June 2019, stating: “Year after year, the iHeartRadio Music Festival continues to captivate audiences nationwide; since its inception in 2011, this festival has become the can’t miss music event of the year. We’re thrilled to, once again, bring the world’s biggest artists together on one stage for one incredible weekend.”

iHeartMedia plans to broadcast each night of the festival via the iHeart radio stations across North America. TV network, The CW, will also air a two-night special on Wednesday, 2 October 2019 and Thursday, 3 October 2019.

Tickets for the iHeartRadio Music Festival are available for purchase on AXS.