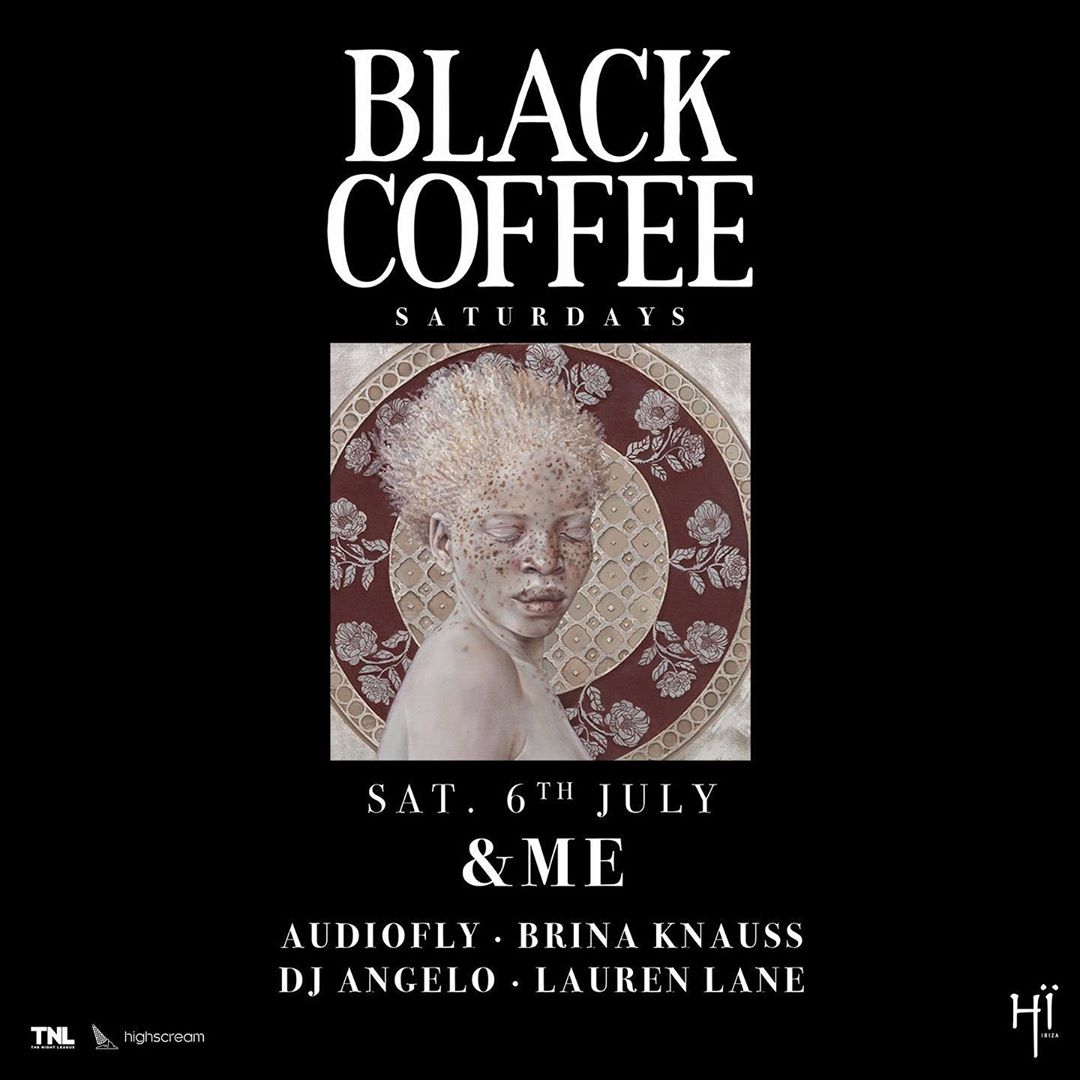 South African born DJ, Black Coffee, revealed the upcoming line-up for the sixth edition of his Ibizan residency at Hi Ibiza across his social media pages on Sunday, 30 June 2019. Similar to his past residencies, the DJ has a worldly mix of popular DJs that will share the stage with him. The line-up features one headlining DJ and four supporting acts. All the acts will join Black Coffee on the Hi Ibiza stage this Saturday, 6 July 2019.

Unlike the posters that he has released in the past, which feature painted visuals of Grecian images re-interpreted with black bodies, the latest promotional poster features a still image of a freckled person living with albinism posing against a backdrop with Grecian embroidery.  Under the image, there are the names of the DJs, and the first name belongs to &Me. The sought-after German producer and DJ will be the main headlining performance act for this edition of Black Coffee Saturdays. The DJ specialises in techno and electronic house music.

The four other supporting acts that will be on stage include the house duo from Barcelona, Audiofly. The second named supporting act is Slovenian singer-turned-techno and electronic DJ, Brina Knauss, and she will be joined by popular Italian producer and DJ, Angelo. The last supporting act is Los Angeles-based celebrated DJ, Lauren Lane.

This line-up is different from Black Coffee’s previous line-ups because it does not feature any other South African DJ, but himself. In the past, he had invited South African house DJs like Culoe De Song, Da Capo, Lemon & Herb and DJ duo, Black Motion to share the stage with him. This edition of the line-up just features a wide array of intercontinental DJs that are not from Africa.