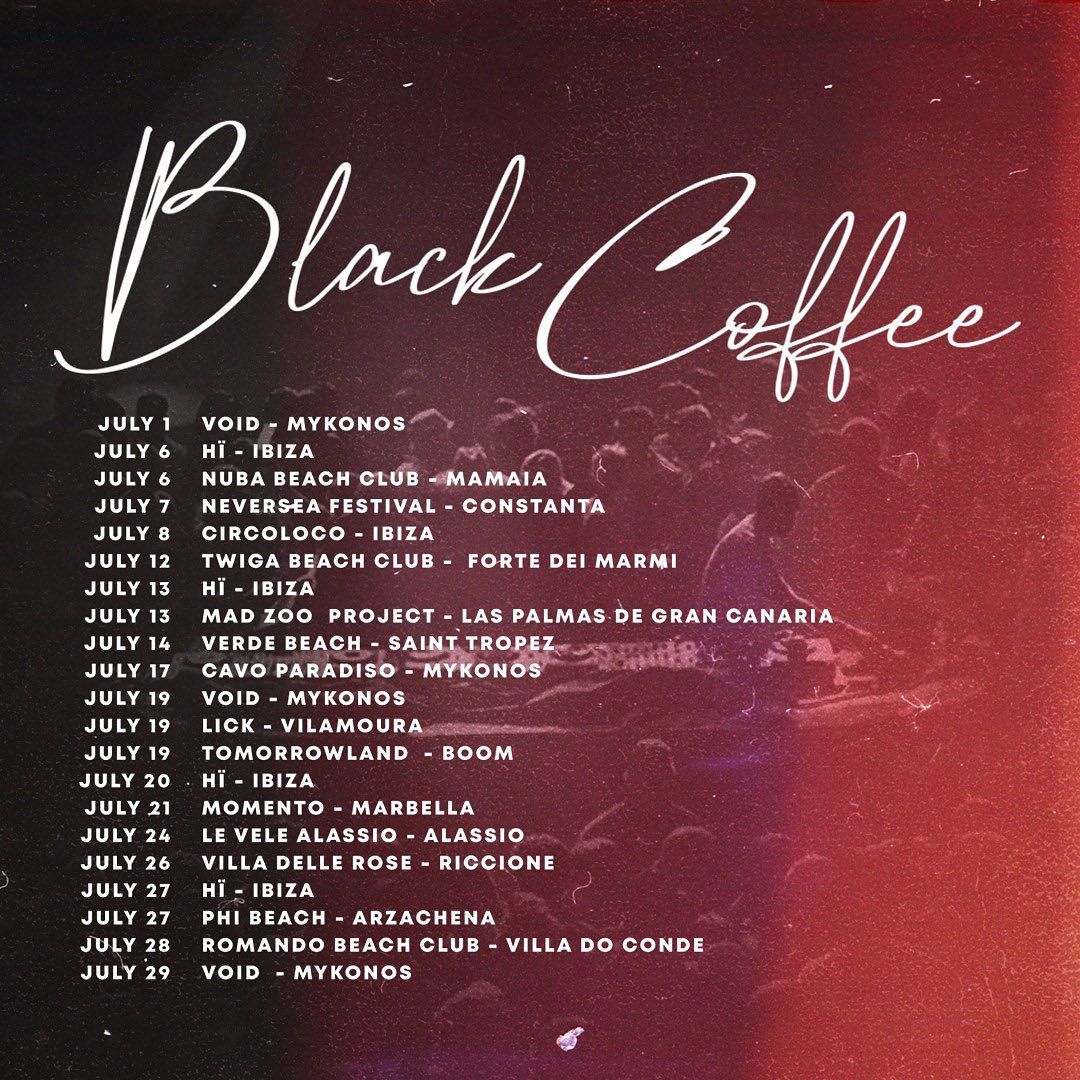 South African producer and DJ, Black Coffee, is certainly an in-demand DJ who, on Tuesday, 2 July 2019, shared a list of all the performances he is booked for in the month of July as part of his summer tour. The list features over twenty upcoming international performances,  three of which fall on the same day in three different cities. .

His upcoming performance is scheduled for Saturday, 6 July 2019, as part of his Hi Ibiza residency called Black Coffee Saturdays. Black Coffee will share the stage with five techno and electronic house DJs, including &Me, Brina Knauss, DJ Angelo, Audiofly and Lauren Lane. On the same day, the DJ will also play a set at the Nuba Beach Club in Mamaia.

‏Following his Saturday performances, he will then perform again on Sunday, 7 July 2019, at the Neversea Festival in Constanta. On Monday, 8 July, he is set to perform at Circoloco in Ibiza. After this performance, Black Coffee will have break until Friday, 12 July 2019, when he will perform at the Twiga Beach Club in Forte Dei Marmi. His last performance for that weekend will be at the Verde Beach in Saint Tropez on Sunday, 14 July 2019.

The most notable line-up, which also had his followers enquiring how is he going to do it, are his performances on Friday, 19 July 2019. Black Coffee is set to perform at three venues in three different cities. The first performance of the day will be at Void in, which will be followed by a performance at Lick in Vilamoura and the last one at Tomorrowland in Boom.

His last scheduled performance for July is a repeat performance at Void in Mykonos on Monday, 29 July 2019.