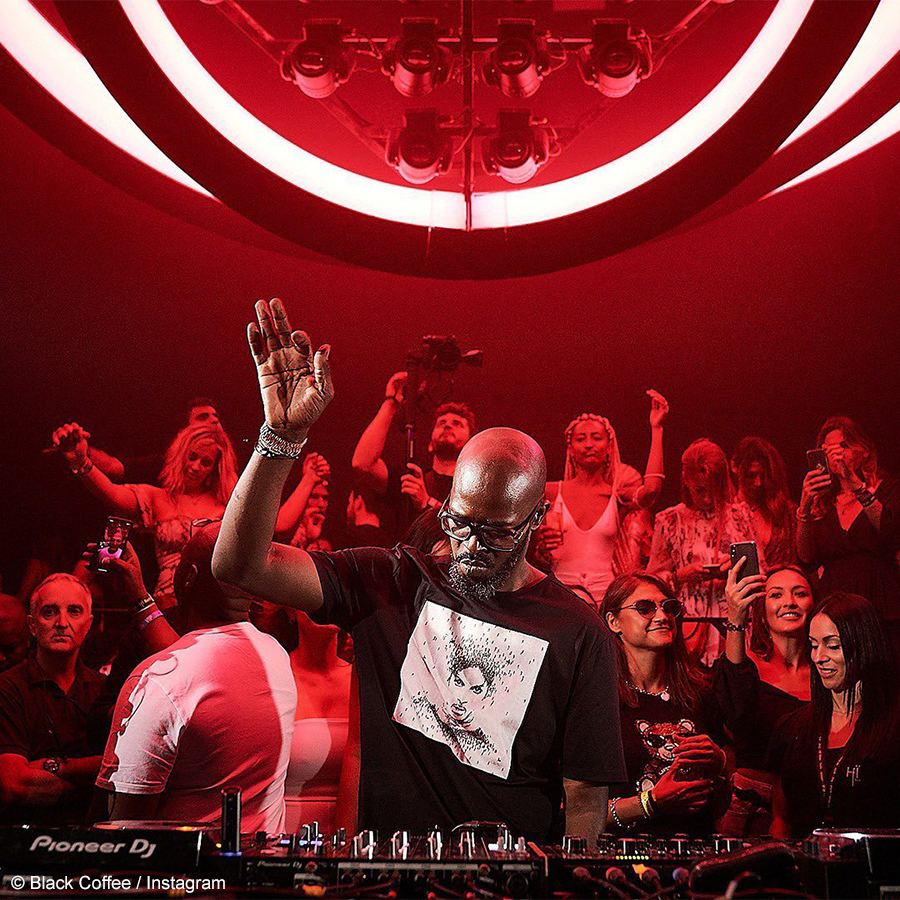 Black Coffee has shared the new line-up of DJs that will be performing with him during the eleventh edition of his Ibiza residency, Black Coffee Saturdays, at the Hi Ibiza club.

The week before, the DJ had reflected on the experience of hosting his residency performances. This past residency had marked the tenth and midway mark of his Black Coffee Saturdays.

The promotional poster for the upcoming performance was posted on Sunday, 28 July 2019. In a similar fashion to all the posters for the residency performances, it features the hand-painted artwork of American fine artist, Harmonia Rosales. The featured artwork on this edition is called Fall, which is an oil painting that has already been sold to a private collector.

Below the Fall painting are the names of the five DJs that will join Black Coffee at his upcoming performance. The most emboldened name on the poster is Canadian producer and DJ, Blond:ish. She and Black Coffee will be supported by other mentionable names like AndHim, Argy, Lazare Hoche and Serge Devant.

This edition has no South African DJs on the line-up, following the feature of Culoe De Song and Themba during the Saturday, 27 July 2019 edition.