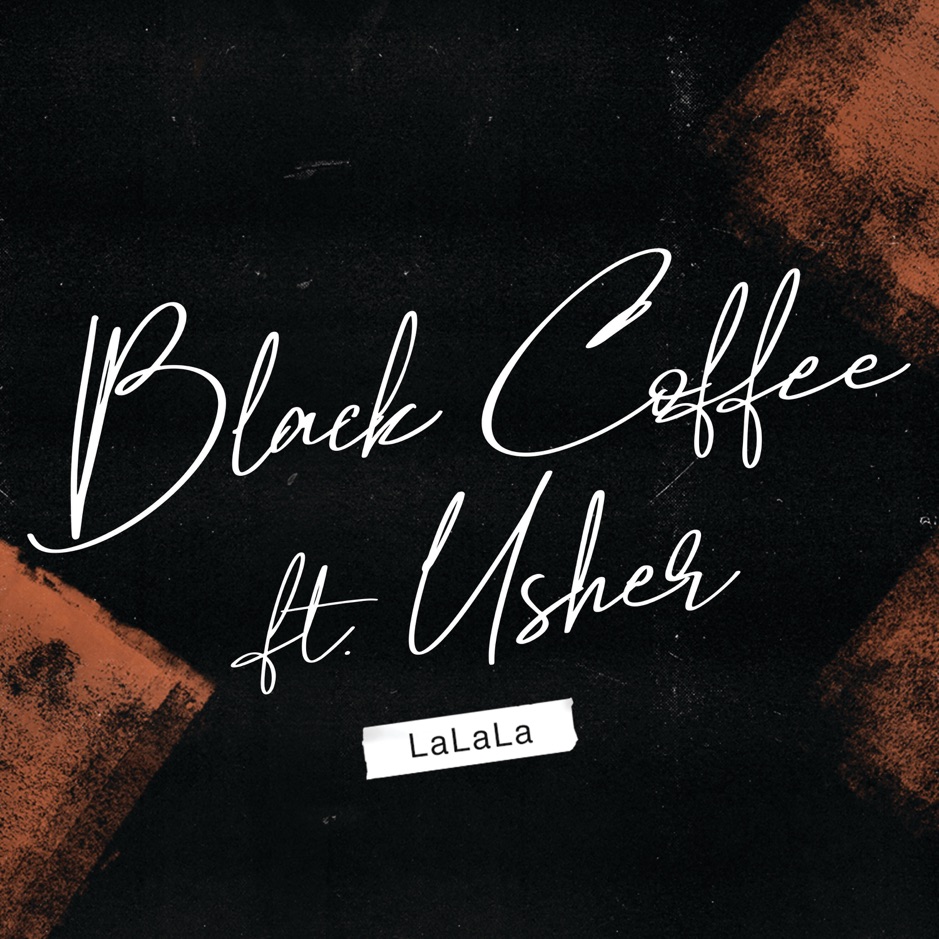 South African-born producer and deejay, Black Coffee, first teased the release of his latest single on Monday, 9 September 2019, by posting a video on social media. The teaser video featured a camera panning closer to an antique radio while the intro to the Usher-led single played as the video’s soundtrack. Black Coffee captioned the video with a cryptic, “Something is coming” and tagged his featured artist.

Following the release of the teaser, Black Coffee released the single on Tuesday, 10 September 2019. LaLaLa is an afro-beat and electronic-based single on the production. Usher adds his signature vocals and lyrically steers the song towards being an R&B single.

On the day of the single’s release, Black Coffee posted the single’s official artwork, which uses simple graphics, featuring a black background with streaks of brown on the edges of the frame. Black Coffee and Usher’s names are written in cursive in the middle, with the title of the track written on a white strip that resembles sticky tape.

Listen to LaLaLa below.