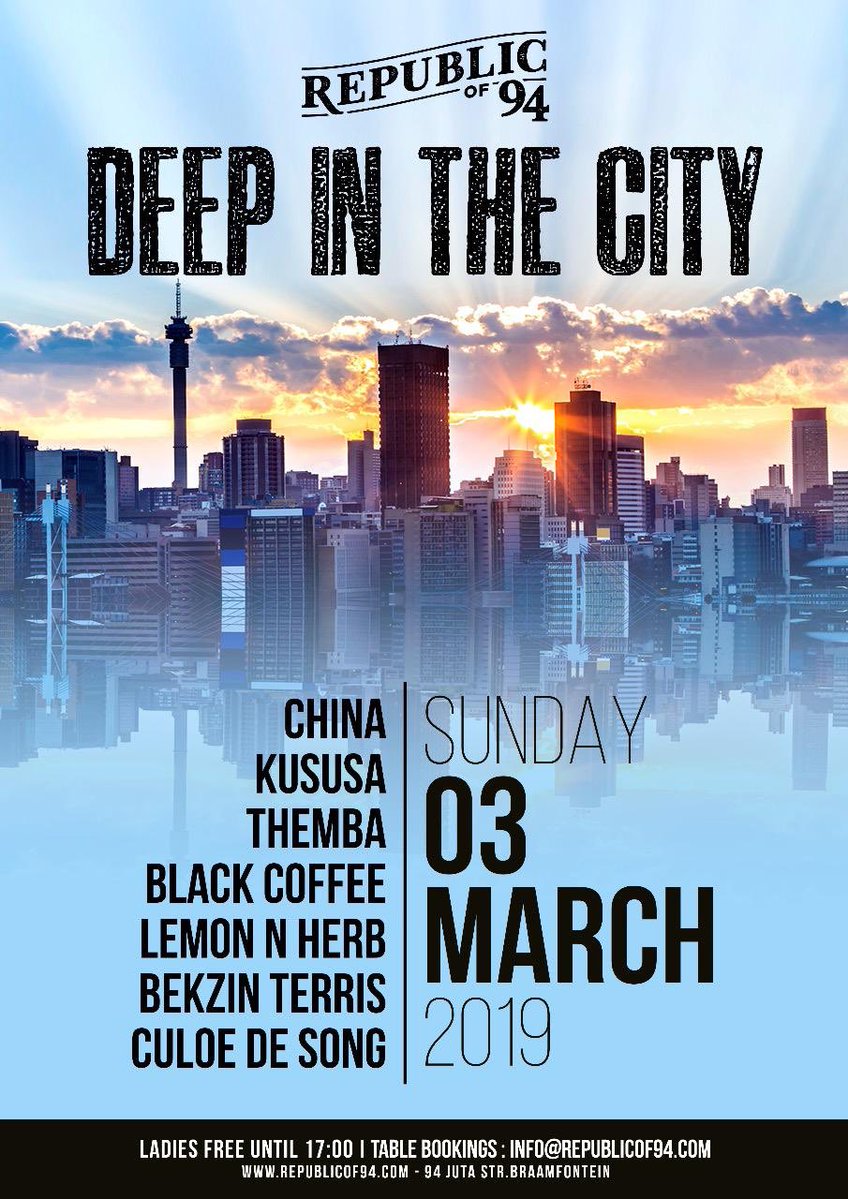 South African DJ, Black Coffee, has been confirmed as one of six headline DJs scheduled to play at Deep In The City on Sunday, 3 March 2019 in Braamfontein.

The upcoming edition of Deep In The City will feature an eco-garden decorated space in order to create what has been described as a welcoming and “alluring semi-indoor venue” at 94 Republic in Braamfontein.

The event will feature some of South Africa’s most popular DJs, with Black Coffee being one of the headline acts, and will take place on Sunday, 3 March 2019.

Black Coffee made the hashtag Deep In The City trend on Twitter when it was announced that he will be a part of the show. The show’s primary aim is to unify diverse cultures within the city using house music, something that is a common thread in some of Black Coffee’s songs like 2018’s Muye and Wish You Were Here.

In addition to Black Coffee, the line-up boasts other acclaimed deejays such as deejaying duo, DJ Kususa, who recently made it on to the roaster to play at Ultra SA, and have two promotional singles out, Ghetto Gong where they are featured on the remix with DJ Chynaman and Zano and DJ Chynaman’s song Solid, which they remixed. The line-up also includes DJ China, DJ Themba, DJ Lemon and Herb and Bekzin Terris.