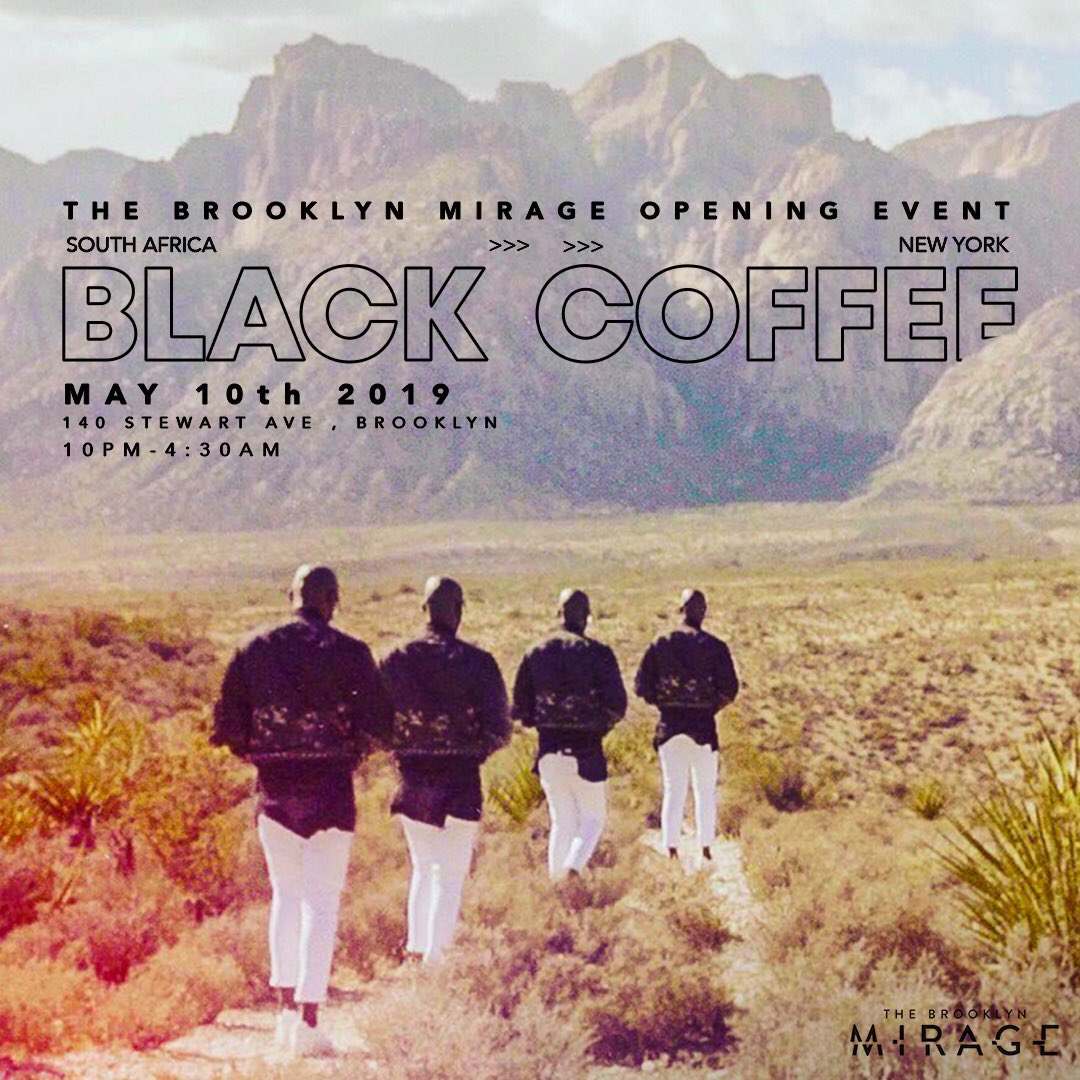 South African DJ and music producer Black Coffee will be flying the South African flag high in Brooklyn, New York, on Friday, 10 May 2019, at The Brooklyn Mirage Opening event.

Black Coffee is no stranger to international recognition, having won Breakthrough DJ of the Year in Ibiza in 2015. His local acknowledgment was, however, solidified in 2005 with his self-titled debut album, which earned him a South African Music Award (SAMA) under the category Best Urban Dance Album. He went on to release four albums which garnered him various awards, making him one of South Africa’s most prominent DJs.

The DJ then continued to grow his international status in 2013, having played at well-known venues in Berlin, Iberia and Spain. In 2015, he went on a world tour spanning seventeen countries across four continents, catapulting the South African to global superstar status.

2018 saw Black Coffee teaming up with world-renowned DJ David Guetta and Londaon-based vocalist Delilah Monagu on the single Drive, which topped the charts worldwide. He took to Instagram on Monday, 18 February 2019, to announce yet another international appearance.

Black Coffee will appear for the grand opening of The Brooklyn Mirage in New York City, an event to showcase the opening of the music venue, night club and event space, on Friday, 10 May 2019.