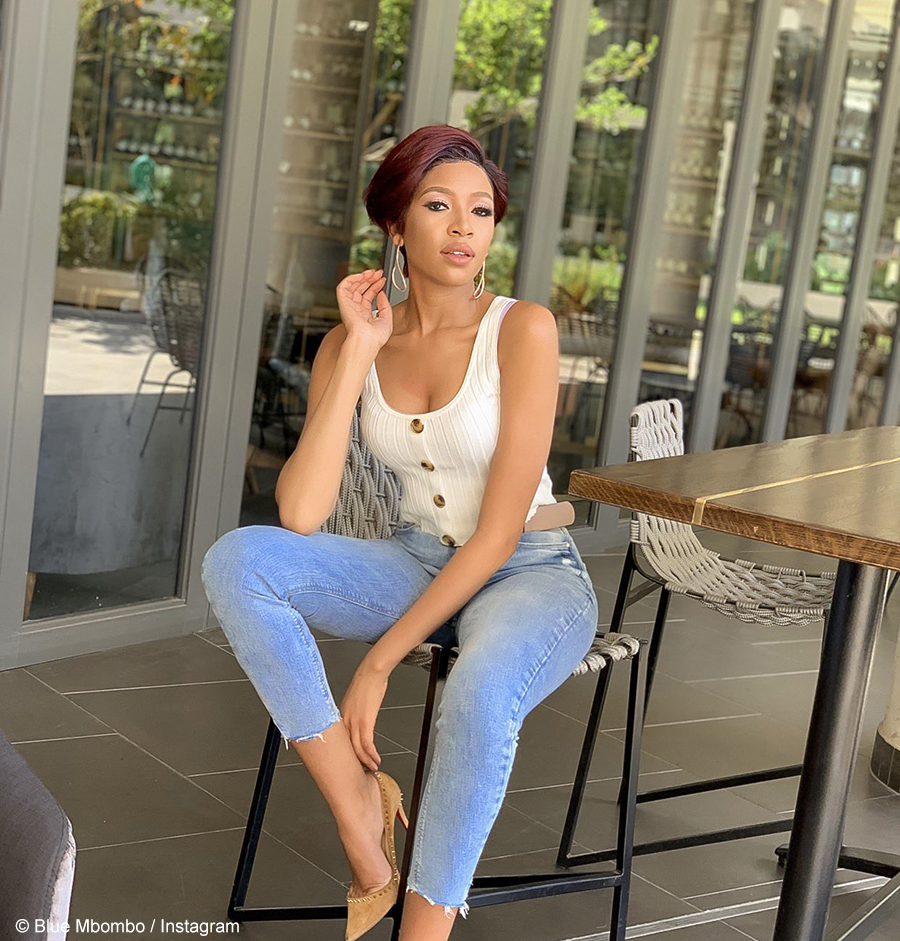 The South African model and reality star took to social media to share images of her latest hairdo, which prompted complimentary comments from social media users.

South African model and reality star, Blue Mbombo, continues to showcase her fashion choices and elegant take on the latest fashion trends. She took to social media on Tuesday, 8 October 2019, to showcase her new hairdo and her denim ensemble of the day. Blue wore her hair in a short, ombre-red hairstyle which received much interaction and approval from her fans.

In the image, the model can be seen wearing a pair of light wash skinny ankle grazer jeans, paired with a white button-down sleeveless top. She accessorized the look with silver earrings, a tan belt and a pair of tan designer heels.

Social media users flooded the post with complimentary messages to the reality star. Among the comments was actress, Jessica Nkosi, who commented with a series of heart-eyed emojis. One social media user wrote that the model continues to be consistent with her fashion choices, sayng “You never disappoint.” Another social media user complimented the model’s earrings, saying, “[Your] earrings are so cute, I just had to zoom in to take a closer look”. Other social media users, however,  focused on her hair. Twitter user, Benita, wrote, “I like your hairstyle, it is on point”.  Actress, Omuhle Gela, wrote, “This hair looks so good on you”.

The images received much traction, with over 14 000 likes collectively and 100 comments on Instagram.