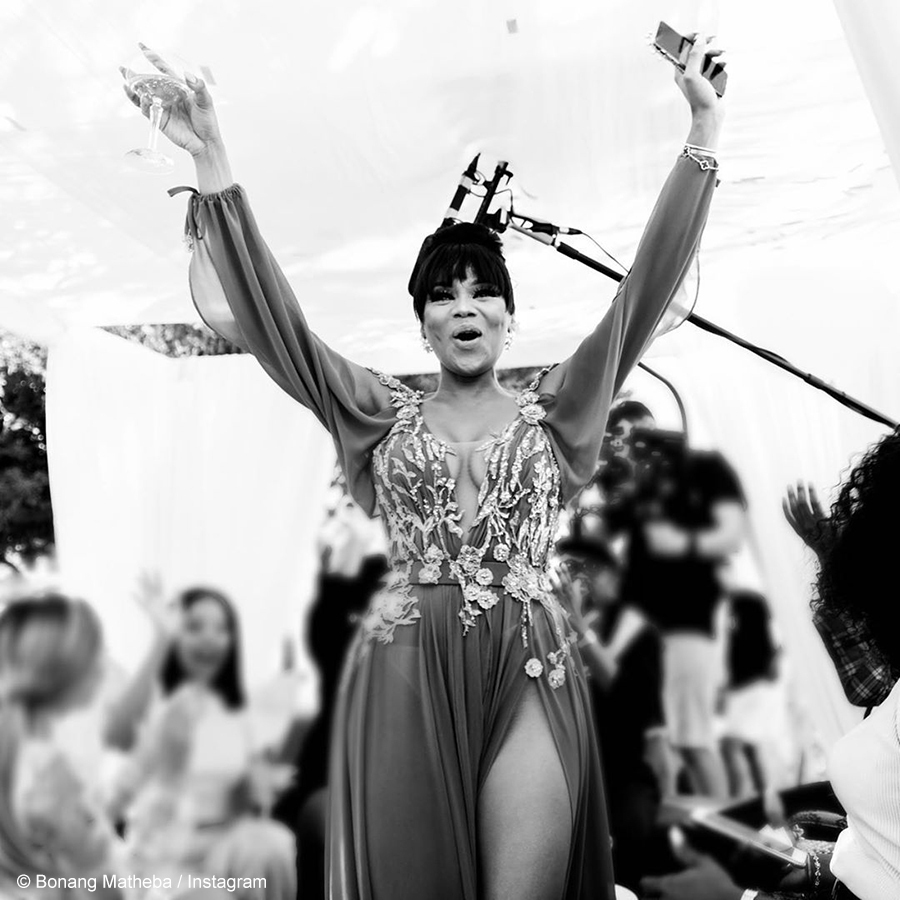 Bonang took to her Twitter account to thank fans for the well wishes with a message that reads: “My birthday always overwhelms me…. it’s not even 11am! My heart can’t contain it… Thank you.” Fans and celebrities alike flooded Bonang’s social media pages with birthday wishes and congratulatory messages, posting some of their favourite glamourous images of the star from over the years as well as pictures of themselves posing with bottles of her newly launched Méthode Cap Classique  (MCC) brand, House of BNG. Bonang received well wishes from famous friends like Thembisa Mdoda, Toke Makinwa, Zaba Simbine and many more.

Over the years, Bonang has built not just a stellar career but a legendary brand, pioneering South African influencer culture. Bonang began her career as a television presenter, branching out into award shows and events. A huge milestone for Bonang, in terms of presenting, came when she co-hosted the Global Citizen Festival in December 2018, alongside names like Trevor Noah and Naomi Campbell.

Bonang also forged a name for herself in radio, hosting shows on YFM and Metro FM. She has also recently dipped her toes in movie and television production, founding the production company Bonang Matheba Entertainment. This led to her co-producing the documentary Public Figure and doing some time on reality TV, with her show Being Bonang airing on 1Magic.

One of Bonang’s most recent endeavours saw her venture into entrepreneurship with the launch of her luxury MCC brand, House of BNG.