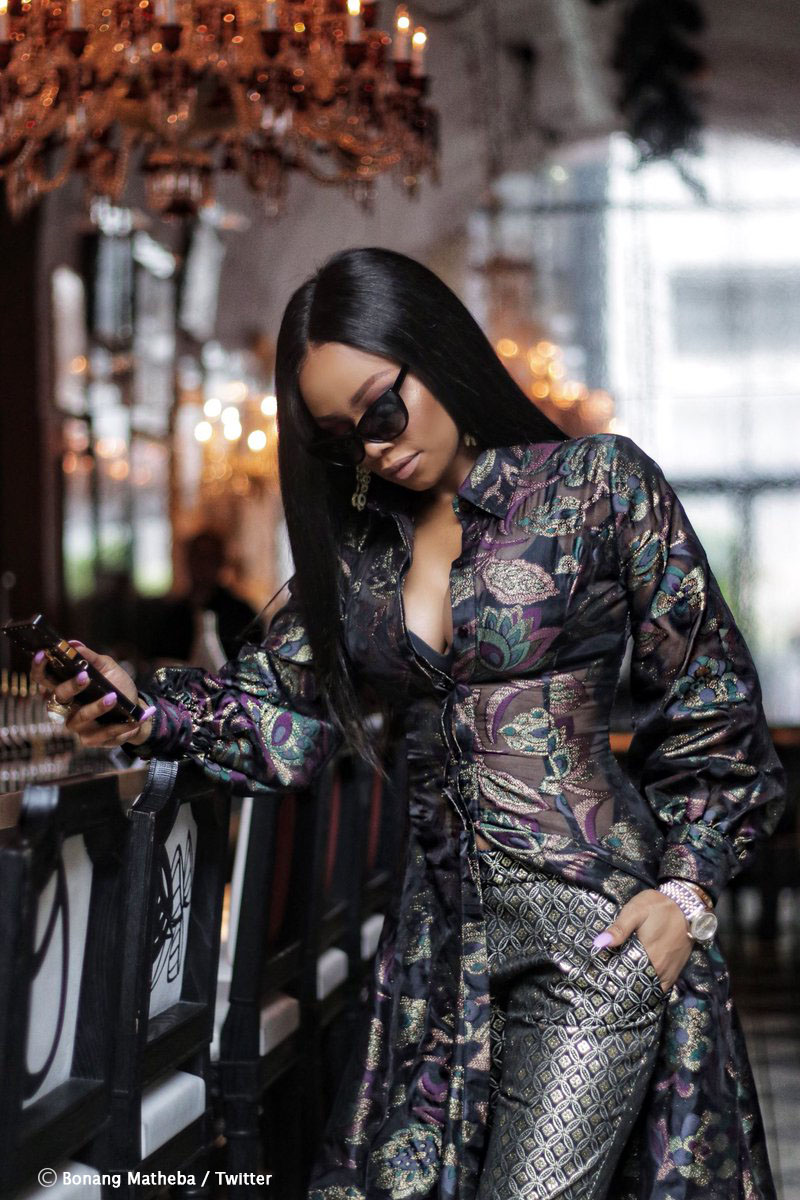 Bonang Matheba has starred in and co-produced a new film titled Public Figure in collaboration with a New York-based production company.

Media personality Bonang Matheba has once again left social media users stunned at her multifaceted skill set, as she made a massive announcement on Wednesday, 26 September 2018.

Matheba set social media ablaze on Wednesday, following her mediation of the ‘Leave No Girl Behind’ panel discussion at the UN General Assembly in New York.

Now, the television host has announced that she has co-produced and starred in a new documentary film by Red Button Films titled Public Figure. “Co-produced a new film titled Public Figure… watched the final edit today…  can’t wait to share it with you! Find us on Instagram! Trailer available now!” she wrote. The film will apparently delve into the lives of influencers and the addictive effects of social media.

Matheba supposedly announced her collaboration with the New York based production company, Red Button Films, during on an episode of her reality show Being Bonang in May 2018. Nevertheless, the announcement has left many of her fans and followers asking, ‘Is there anything Bonang cannot do?’

This year has so far been a series of major successes for the her. From her GQ stand-alone cover to her visit to New York Fashion Week with Courvoisier Cognac, Matheba has certainly been hard at work securing her position as the industry’s most sought-after personality.

Watch the trailer for Public Figure below.