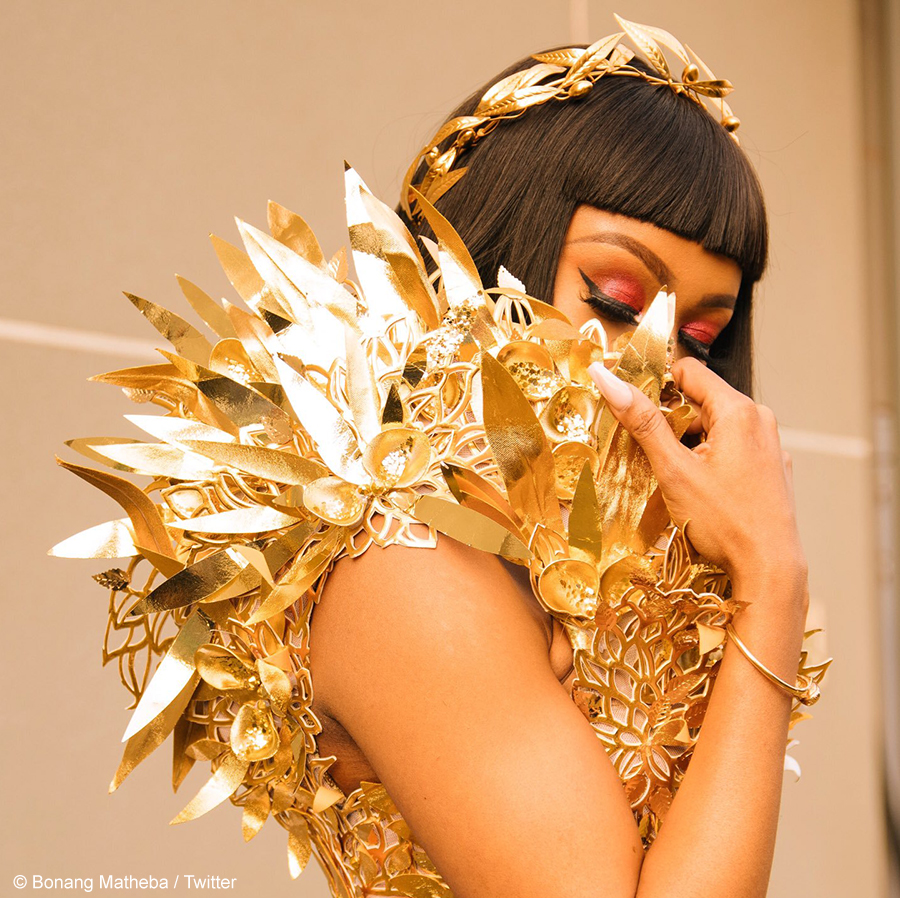 Bonang Matheba announced that she has already left for the United States of America (USA) in preparation for her hosting duties at the fourth Annual Equanimity Awards on Saturday, 12 October 2019.

On Tuesday, 8 October 2019, media personality and celebrated host, Bonang Matheba, shared that she spent her last day in South Africa by the pool. The Being Bonang reality star then announced on Wednesday, 9 October 2019, that she is already on her way to Houston, Texas. The House of BNG creator is set to host the fourth Annual Equanimity Awards which will be held on Saturday, 12 October 2019, at the Cowboys Golf Club, Grapevine.

The star had taken to her Instagram Stories to share a short video of herself in the water. Thereafter, she shared an image with the caption, “Come swim.”

Taking to Twitter, the star continued to share the spirit of Summer by first sharing Johannesburg’s weather forecast for today, 9 October 2019. She shared the forecast with a crying emoji because of the expected heatwave. She then revealed that today was the day she was travelling to Texas through posting a world globe and airplane emoji. When a fan asked where she was headed, she revealed her destination.

Many of her followers took to the comments section to wish her well and highlight how often the star travels in and out of the country. One follower wrote, “[Bonang] is always on the move. Go make that money boo!” Another social media user asked, “Is this you escaping SA’s high temperatures?’

The star continued sharing her last day in the country with her followers by tweeting that she was having “a boozy farewell lunch with my favourite!.” Her parting tweet before embarking on her journey came in the form of advice to her followers to “Put on some sunscreen today. It’s hot!”.

Hey Dallas Fort Worth fans! Let's connect. I'm hosting the 4th Annual Equanimity Awards on Oct. 12, 2019 at the Cowboys Golf Club, Grapevine, TX. This is a ticketed charity event, please get your ticket now at https://t.co/xWLIbESq1a. Can't wait to see you there! 🇺🇸💐💕 pic.twitter.com/ZQMPNyOhJG