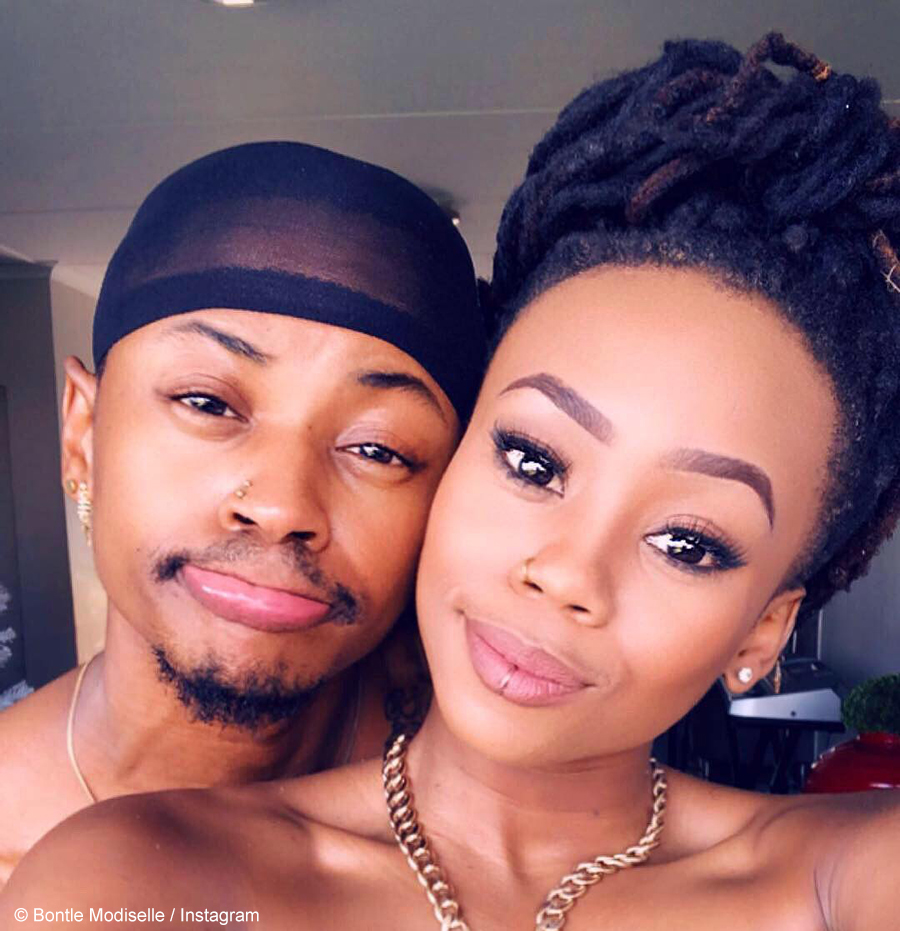 Bontle Modiselle and Ricardo ‘Priddy Ugly’ Moloi’s 2019 has been eventful. The couple first announced their joint musical project under the name Rick Jade, followed with the announcement of their first pregnancy. This past weekend, the couple hosted their traditional wedding on Saturday, 28 September 2019.

Reports had claimed that the Bonita hitmakers had customarily tied the knot in 2018. Priddy Ugly paid lobola for Bontle last year after had reportedly asked her to marry him in 2015. The couple surprised the internet and their fanbase after videos and images were posted on Sunday, 29 September 2019, of the couple making their union official.

For the wedding, the couple wore two different traditional-inspired outfits, an unconventional take on a traditional white wedding. The first outfit was a Sesotho-inspired white, blue and black matching ensemble. Priddy Ugly wore pants and a throw of the print, which match matched with Bontle’s top half of her dress and headpiece. It was in these outfits that the couple exchanged their vows.

For the reception, the couple used Priddy’s Angolan heritage for inspiration. Bontle was dressed in a peplum sleeveless top and a mermaid skirt, while Priddy Ugly was in a long shirt and pants. Both the outfits were emerald green with brown highlights.

The wedding was attended by some of their equally celebrated friends and family. Sisters, Refilwe and Candice Modiselle, were in attendance, as well as rapper, Frank Casino, and celebrated couple, Dineo and Zothile ‘Solo’ Langa.

Solo took to Twitter to share a touching message about the matrimonial, writing, “All love and blessings to Priddy Ugly and Bontle Modiselle. Thank you for allowing us to celebrate your union with you. You’re both amazing people and deserve all the happiness in the world.”

All love and blessings to @ItsPriddyUgly and @BontleModiselle. Thank you for allowing us to celebrate your union with you. You're both amazing people and deserve all the happiness in the world 🙏🏾#RickJadeWedding pic.twitter.com/9FH1zcViS9