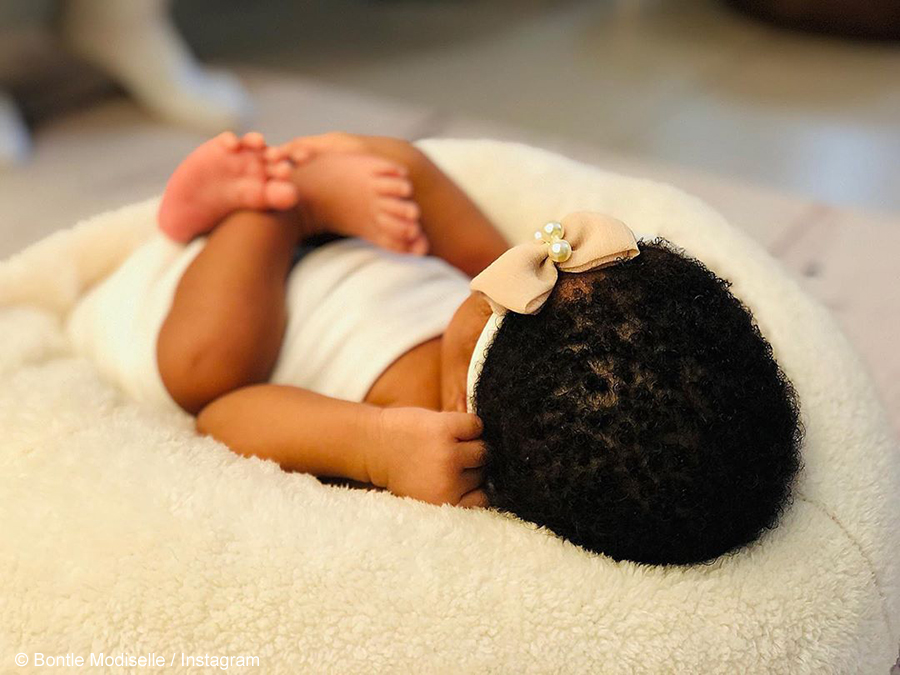 Celebrity choreographer and media personality, Bontle Modiselle, has shared the first image of her newborn daughter with her husband and rapper, Priddy Ugly, on social media.

Today, 27 November 2019, Bontle Modiselle took to social media to share the first image of her daughter with husband, Priddy Ugly. The popular all-round media personality used the caption of her post to announce her daughter’s names, Afrika Bonita Lerato Moloi. All the names’ significance to the doting parents have been shared with their fans through their music, including singles like Bonita, Lerato and their debut album, Da New Afrika.

See the image of Bontle and Priddy Ugly’s daughter below.