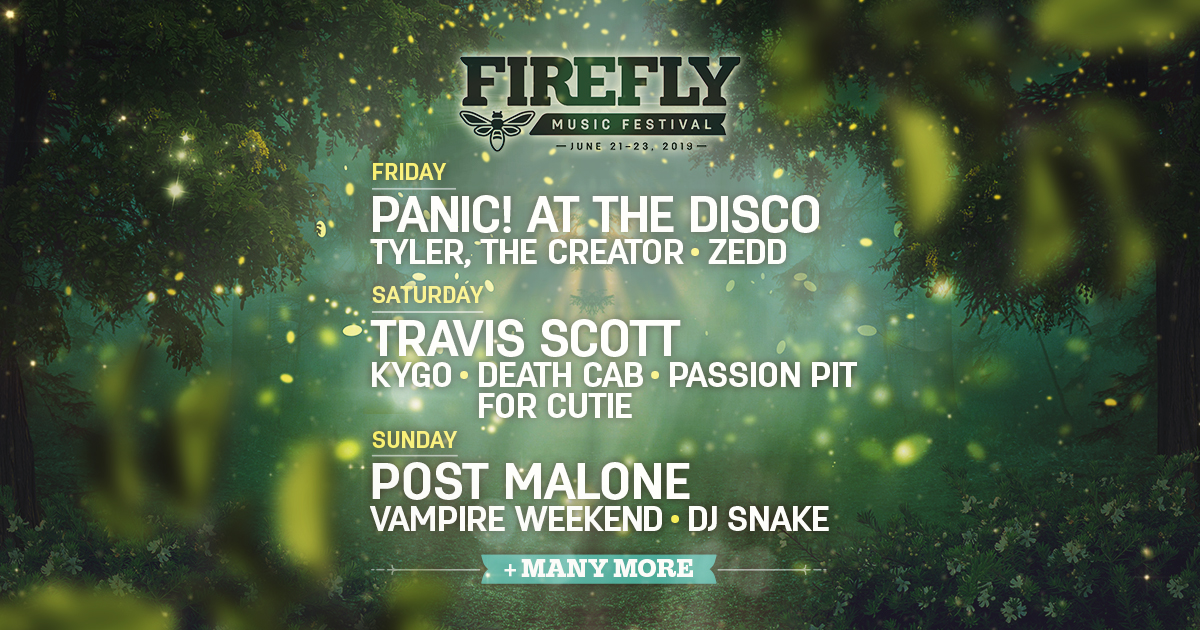 Now in its eighth year, the Firefly Music Festival returns for the 2019 edition with a line-up created to mainly cater for hip-hop and EDM music lovers.

The countdown to the 2019 Firefly Music Festival  has already begun, as the three-day festival will officially get underway on Friday, 21 June 2019, and will run until Sunday, 23 June 2019. This year, it will be hosted in Dover, Delawar at the Woodlands. Since its inception in 2012, the festival has grown into one of the most popular camping music festivals in the US. Its growth is also reflected by the scope of diverse music it now offers, moving from just offering rock and indie musical acts to include EDM and hip-hop acts too.

This year, the line-up and the headliners include some of the biggest and most recognisable names in alternative hip-hop and EDM music. The headliners are divided between the three days of the festival, with  American rock band, Panic! At The Disco, American hip-hop artist Tyler, The Creator, Zedd, Louis The Child, Courtney Barnett and Awolnation donning the line-up for Friday, 21 June 2019.

The last day of the festival will be closed off by some of the current popular artists, including Post Malone, DJ Snake, Vampire Weekend, Griz, Walk The Moon, Lykke Li and Gucci Mane.