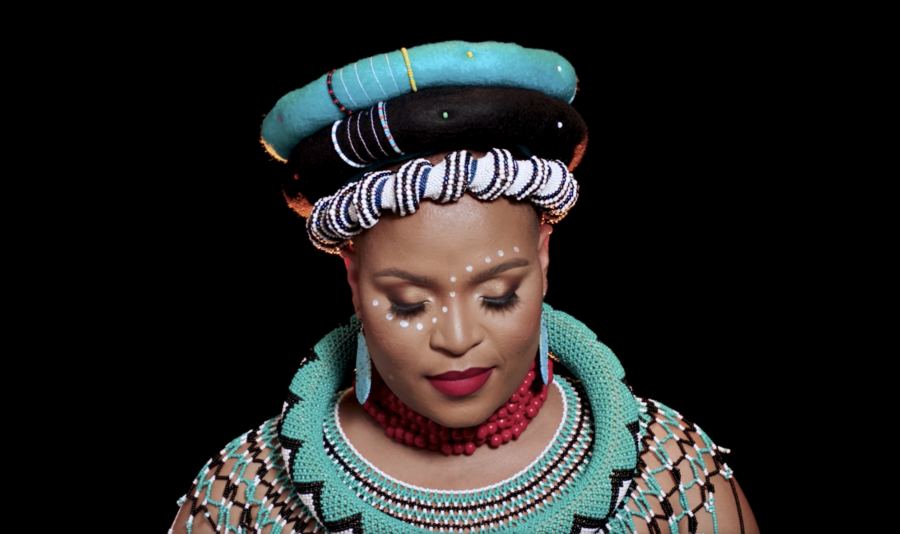 Celebrated vocalist, Bucie Nkomo, surprised her fans by recording and releasing the music video of her hit single, Thando Lwethu, featuring Kwesta, on the same day.

On Tuesday, 15 October 2019; singer, Bucie, surprised her fans when she took to Twitter to announce that she was, “Shooting uThando Lwethu [music video] featuring Kwesta and dropping it tonight! My people have spoken.” The surprise music video was released on YouTube on Wednesday, 16 October 2019, and marked the songstress’ return, as she had slowed down in releasing and promoting music since the release of her last album, Rebirth, in 2018.

Thando Lwethu’s music video, which is by the acclaimed production house, Studio Space Pictures, was directed by Alesscio Bettochi. The music video’s structure is dictated by the song’s lyrics to direct the change in scenes. All the scenes in the music video are shot as mid close-ups.

The music video starts with Bucie dressed in traditional isiXhosa regalia before it cuts to rapper, Kwesta’s verse, who is dressed in a monochromatic shirt and traditional Zulu headgear. When the music video cuts back to Bucie for her second verse, she has changed and is adorned in an eccentric West African headwrap before cutting to the last scene.

The last scene of the music video showcases two poignant moments. The first is Bucie revealing her bald head. The second is the moment that the music video has built up to – this is where Bucie finally sings along to the words of the song in the music video for the first time.