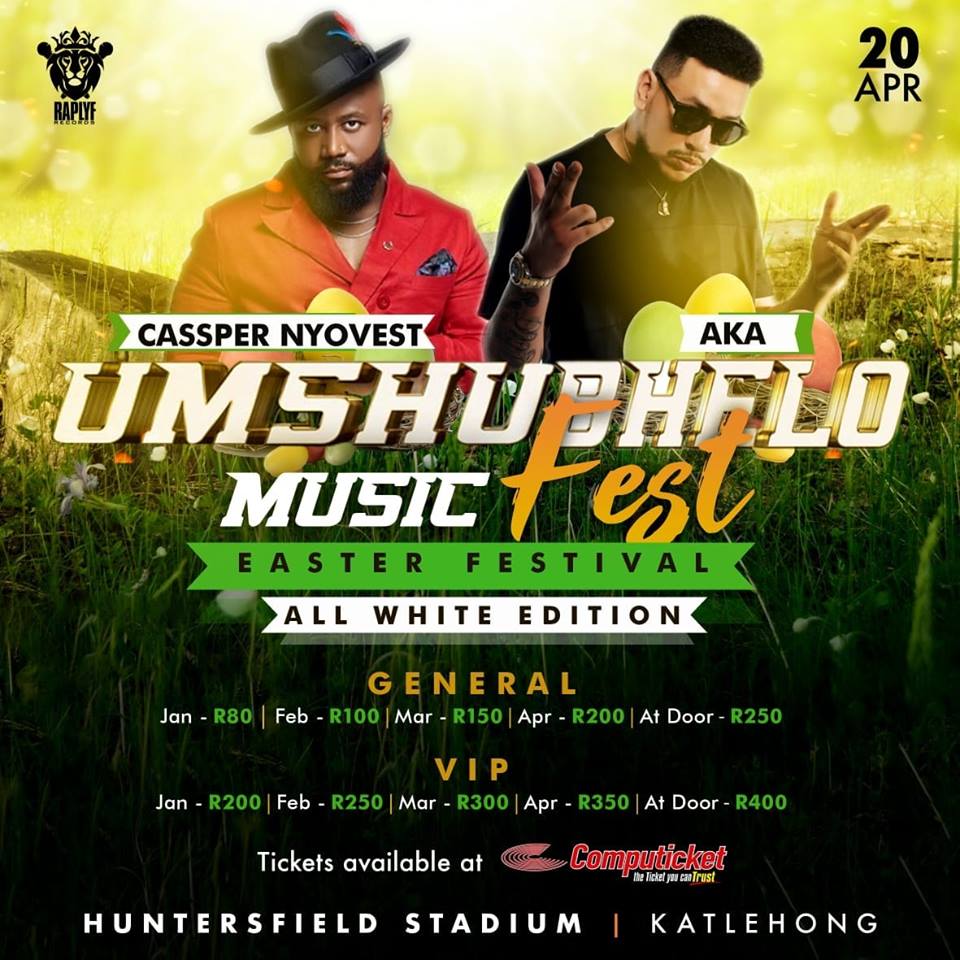 The two rappers join a star-studded line-up that includes DJ Tira, Sho Madjozi, Simmy and Major League DJz, all of whom will be performing at the Easter edition of the popular festival.

Rap superstar, Kwesta, has on Monday, 28 January 2019, announced that fellow rappers, Cassper Nyovest and AKA, would be performing at the Umshubhelo Fest in April 2019.

The two hip-hop arrists join a growing line-up of stars who will be performing at the event at the Huntersfield Stadium in Katlehong on Saturday, 20 April 2019. Cassper and AKA are two of the biggest acts in the South African hip-hop industry, each boasting multiple awards and honours and achieving much success.

Cassper released his fourth album, Sweet and Short, on Friday, 30 November 2018, and it was certified platinum on the day of release. The release of the album was followed by a weekend of world class performances with his Fill Up Moses Mabhida concert in Durban on Saturday, 1 December 2018, and performing for a global audience at the Global Citizen Festival on Sunday, 2 December 2018.

AKA, is gearing up for a world-tour, visiting six African cities, as well as the city of Dubai in the United Arab Emirates. The star will also be performing at the Sun Arena in March in 2019, where he will be performing some of his most popular songs backed by a 30-piece orchestra.

Aside from the two new additions, other artists expected to perform on the day include Simmy, Sho Madjozi, Dladla Mshunqisi, Busiswa, Riky Rick, Mobi Dixon, Major League DJz, DJ Shimza, DJ Tira and Prince Kaybee. Tickets will be sold in five different phases and there are three days left until the sale of phase one tickets comes to an end. Tickets are available for purchase from Computicket, retailing between R80 and R200.