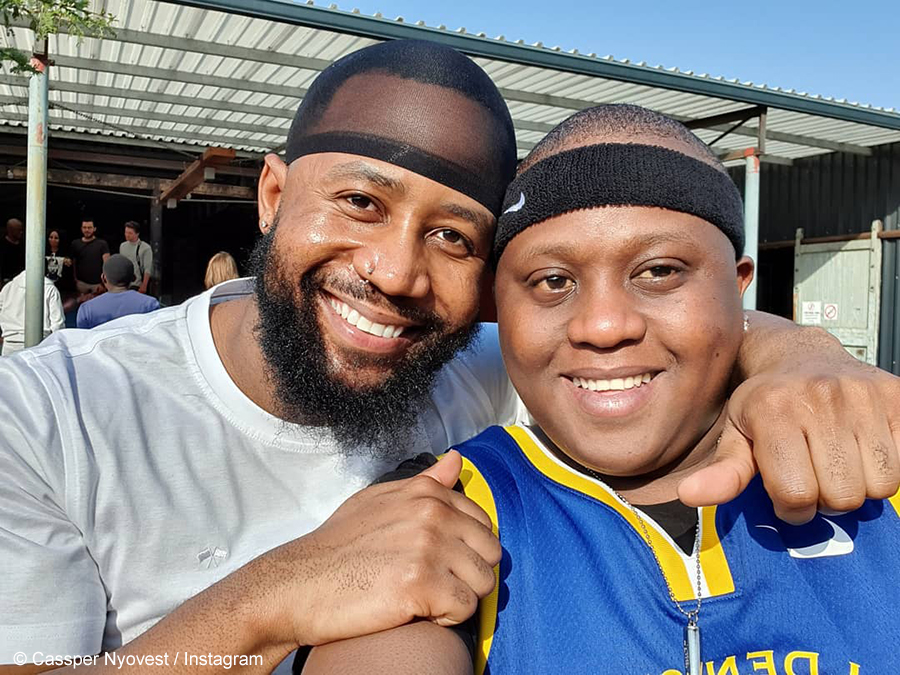 Cassper Nyovest and Khanyi Mbau are part of the convoy of media personalities invited to explore the sites in Port Elizabeth, Eastern Cape.

South African entertainers, Cassper Nyovest and Khanyi Mbau, have shared visuals from their group vacation in Port Elizabeth in the Eastern Cape. The two artists were invited as part of the #ShareTheBay initiative meant to encourage other South Africans to visit Port Elizabeth. Other invited media personalities include Linda Moeketsi and Babalwa Mneno.

The Move For Me rapper then shared a humorous video of Carpo on Tuesday, 10 September 2019, re-enacting the iconic Titanic scene at the tip of yacht on which the two friends were on board. In his caption he wrote, “My best friend is more fun than yours. This dude is crazy.”

Khanyi Mbau has also shared an image from the trip, featuring herself posing against the railing on the coastal line before they embarked on the yacht ride. In the caption to her image, she referenced her zodiac sign, writing, “Libra, water, empath.”

Khanyi Mbau’s boyfriend, Tebogo Lerole, shared more images of her, one featuring the Uzalo actress doing a handstand in their hotel room. He captioned the image by writing, “Linda Moeketsi got us turnt!”

Watch the video of Carpo below.

My best friend is more fun than yours. Hahahahaha this dude is crazy @carpomore . The official host of #FillUpRoyalBafokeng

19 years of friendship. Our first vacay together thanx to @lindamoeketsi .

Today was the first day of my bday trip. Thank you to my friends for taking the time to come celebrate with me. Tomorrow I turn 33. Thank you to @nelsonmandelabay for such an amazing experience. #LMBday #ShareTheBay 📸 : @donkat_seles