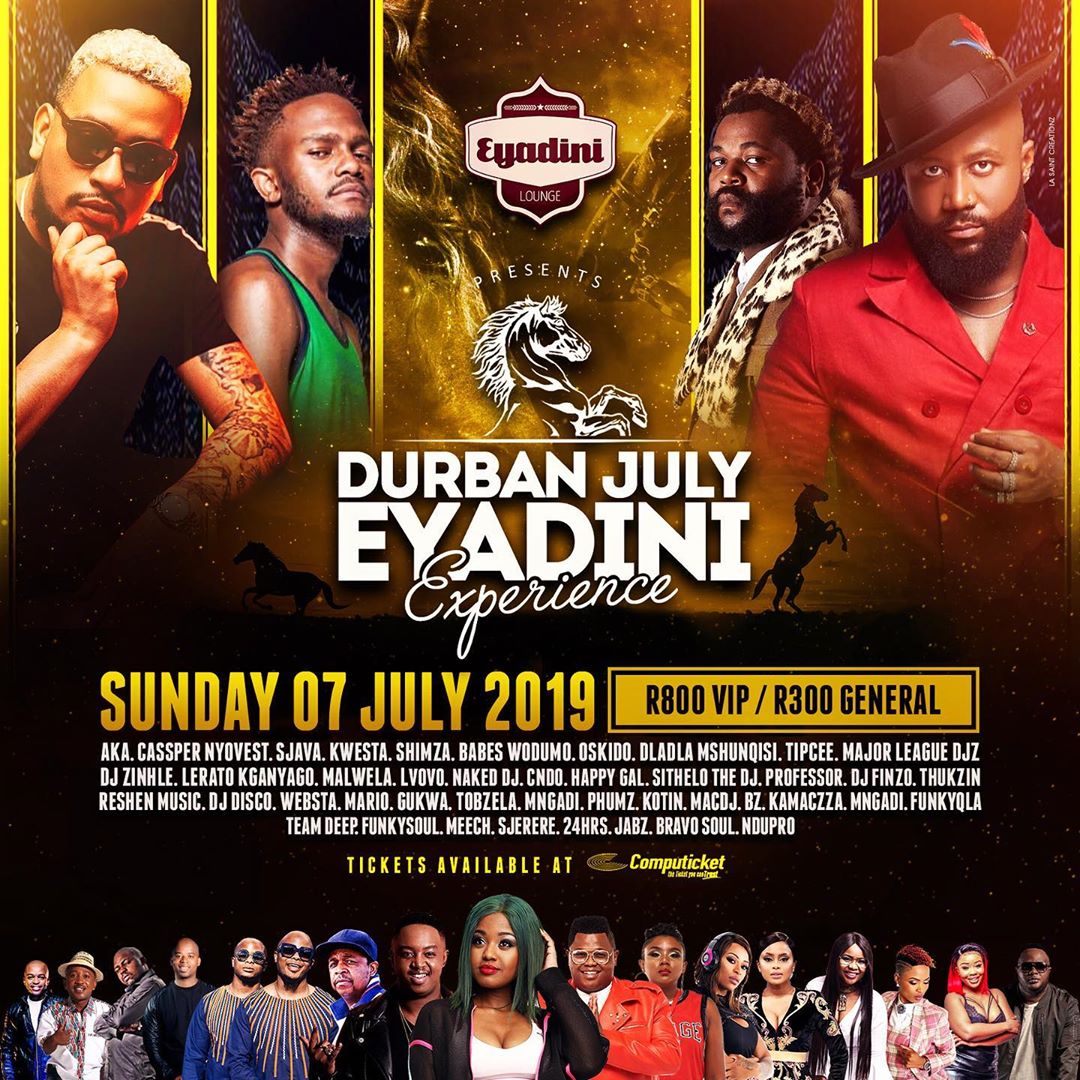 Eyadini Lounge is set to host a star-studded concert on Sunday, 7 July 2019, that will be headlined by some of hip-hop’s biggest names including Cassper Nyovest, Sjava, Kwesta and AKA.

On Wednesday, 3 July 2019, popular Durban lifestyle and shisanyama hotspot, Eyadini Lounge, announced that it would be hosting a concert on Sunday, 7 July 2019, that is meant to close off the Durban July weekend with a line-up featuring some of the biggest names in music. The Durban July Eyadini Experience will take place at Eyadini Lounge in Umlazi, Durban.

The announcement was made through their social media pages when they released the concert’s official poster bearing the four main headlining acts and a complete list of the supporting acts that will also grace the stage. The four main headlining acts consist of four of the biggest names in South African hip-hop. On the poster, their pictures are emboldened on the top tier of the poster and they are the first names on the listing of artists including, Cassper Nyovest, Sjava, Kwesta and AKA.

The list of supporting performances features a line-up of over 30 artists from different music genres including gqom, house and hip-hop. Some of the most notable names on the list include Babes Wodumo, Shimza, DJ Zinhle, Tipcee, Oskido, Dladla Mshunqisi, Major League DJz, Lvovo, Naked DJ, Professor and DJ Cndo.

The Durban July Eyadini Experience concert is the last major event set for the celebrities, locals and tourists that will be in Durban for the weekend of the horse racing event, the Durban July.

Doors to the venue will open at 12:00. Tickets are available for purchase on Computicket.