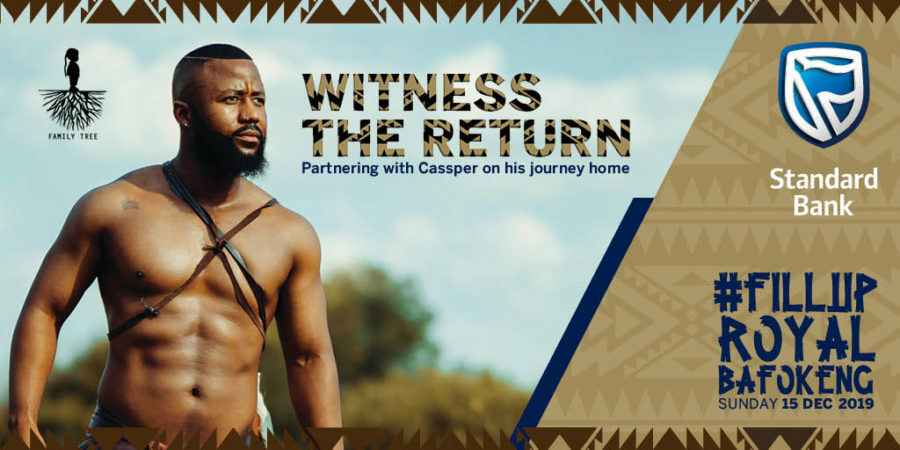 On Wednesday, 20 November 2019, Cassper Nyovest announced that Standard Bank was officially the second major partner for the Fill Up Royal Bafokeng concert, taking place on Sunday, 15 December 2019. The announcement comes after the rapper had announced Samsung as the first major partner. Together, they have been giving away free Samsung smartphones, leading up to the day of the concert.