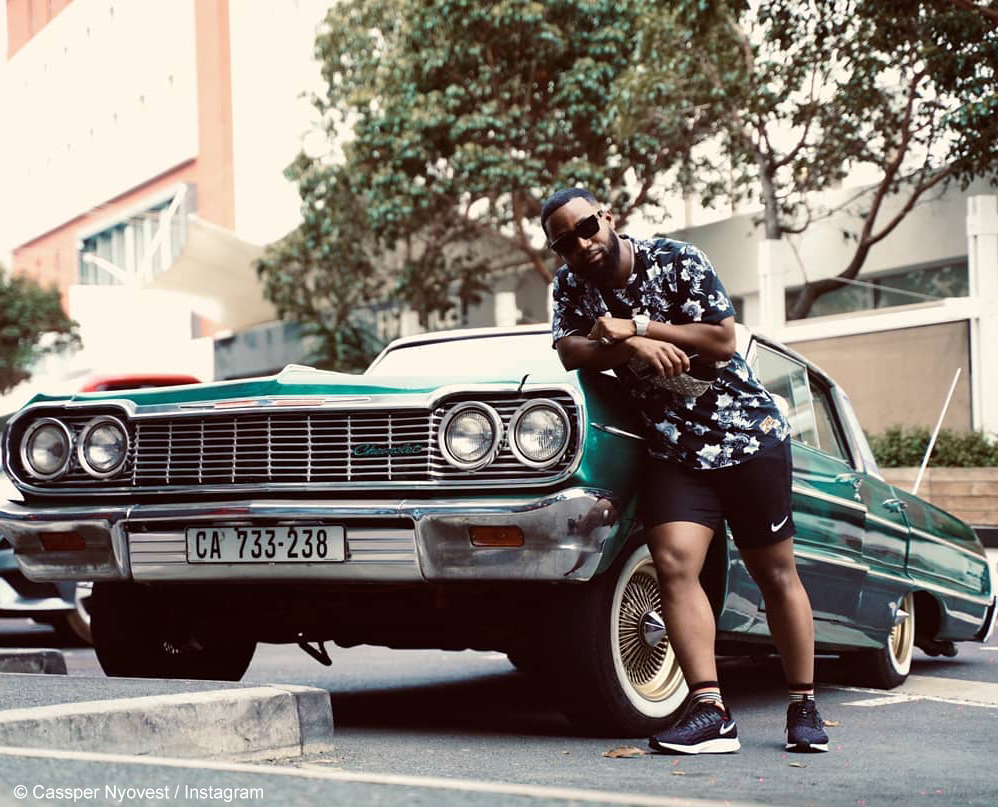 Cassper Nyovest has taken to social media to share how much fun he had during his stay in Cape Town through various images and a video.

Although Cassper Nyovest was in Cape Town as part of the star-studded Rocking The Daisies Festival line-up, the Move For Me hitmaker shared how much he enjoyed his stay in the city through images and a video he posted on his social media pages.

Following the announcement of his arrival on Saturday, 5 October 2019, the rapper showcased his embrace of animal print by posting two images of himself posing in the lobby of the hotel he was staying at. Many of his fans complimented him, with one social media user writing, “Handsome in so many ways, dude.”

On Sunday, 6 October 2019, Cassper shared images of the second day of his stay in the Mother City. The rapper posted an image of himself posing next to a vintage Cadillac car  and captioned it, “Kaap Stad living.” One of the first two comments were from his alleged girlfriend, Thobeka Majozi, who noted how some women have great taste in men. The second was from Cape Town-based rapper, YoungstaCPT.

Cassper then paid homage to YoungstaCPT in a video that he shared on Tuesday, 8 October 2019. In the video, the Doc Shebeleza rapper adopted a different accent and captioned the video, “When you listen to too much YoungstaCPT.” The Yaatie hitmaker responded to the video, writing, “Salutas.”

When yoh listen to toooo much @youngstacpt