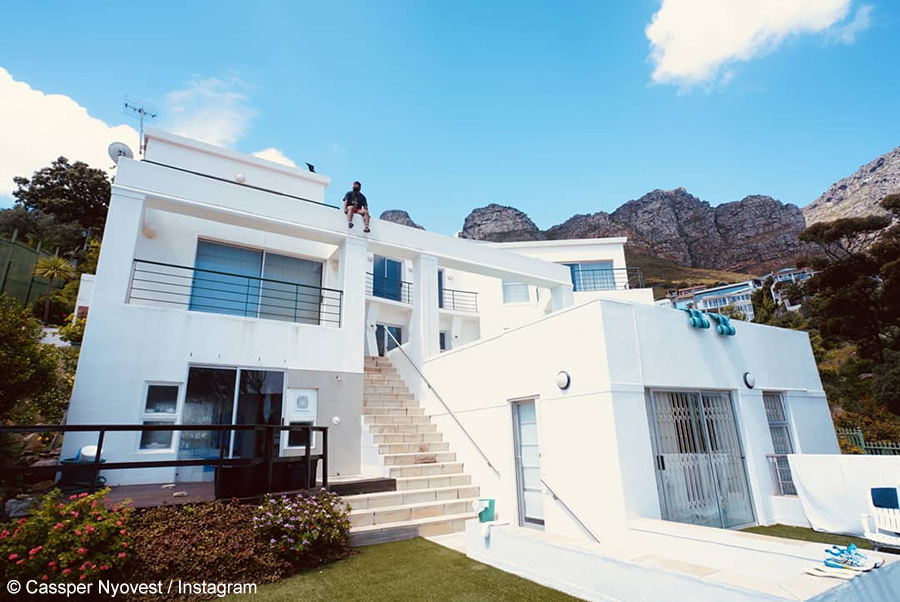 Rapper, Cassper Nyovest, revealed that he is currently working on music for his upcoming stadium concert, showing off the house he’s staying in while in the Mother City.

On Wednesday, 9 October 2019, Cassper Nyovest took to social media and revealed that he is working on music for the highly anticipated stadium concert. Cassper, who is currently in Camps Bay following his Rocking The Daisies performance, posted an image of himself sitting on a ledge on top of a double storey house with the caption, “Somewhere in the mountains working on music for the #FillUpRoyalBafokeng show. Do you have your tickets yet?”

The Move For Me hitmaker then shared a boomerang video on his Instagram Stories, working with the acclaimed Alie Keys in one of the rooms in the house. The revelation that the respected musician is working on music comes after his name had trended this past week under the hashtag, #CassperSAHipHopNeedsYou.

The picture he shared on his social media pages currently has over 38 000 likes on Instagram and over 7 000 likes on Twitter. Many of his fans took to the comments sections to share their elation at the news.

One social media user commented on the post, writing, “All the best on #FillUpRoyalBafokeng. Hard work pays off. I’ll be there, sure case.” Another fan of the star posted an image of the number of tickets they purchased, writing, “[I’m] ready, just bought extra for control.”

Somewhere in the mountains working on music for the #FillUpRoyalBafokeng show. Do you have your tickets yet?