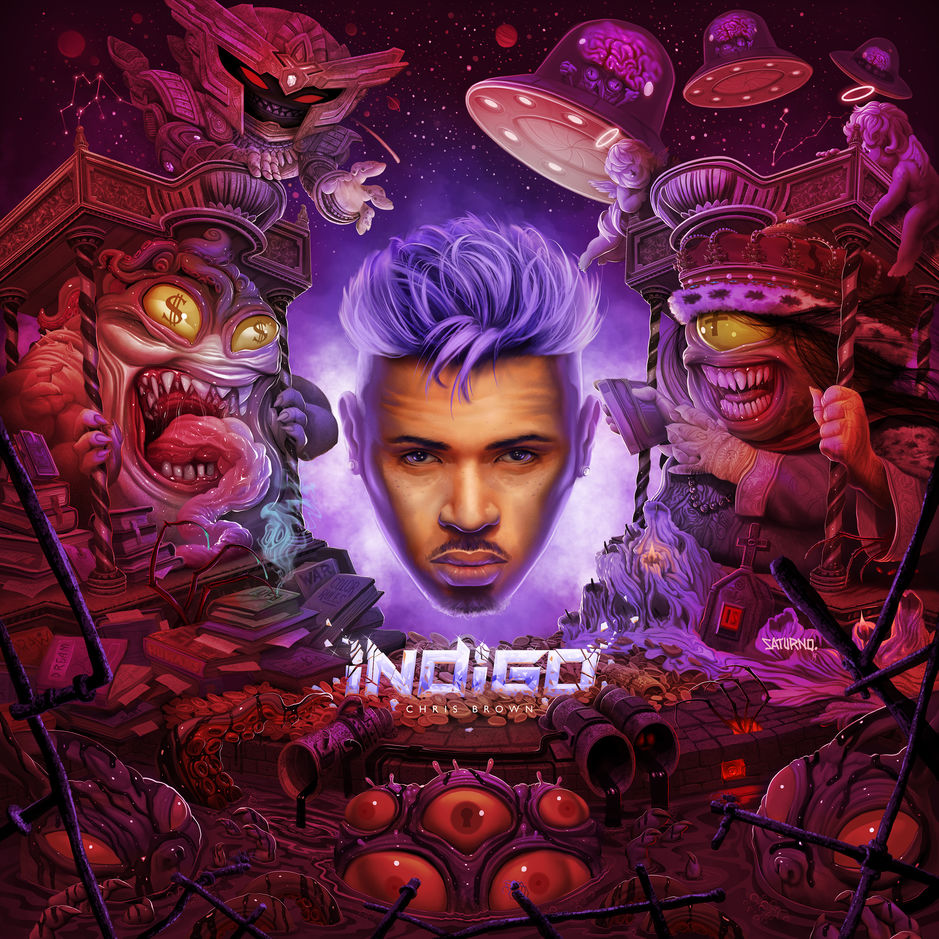 Chris Brown took to social media on Monday, 10 June 2019, to announce his upcoming INDIGOAT tour, which will be supported by the likes of Ty Dolla $ign and Tory Lanez.

In a post shared on social media by Brown on Monday, 10 June 2019, the singer revealed a short promotional video which showcased graphics for the upcoming tour. The clip showed an animated sketch of Chris Brown, with indigo graphics and lightning bolts pulsating throughout, while a distinct radiating light is projected from Brown’s forehead. The font displayed in the clip read, “Chris Brown presents INDIGOAT TOUR, featuring Tory Lanez, Ty Dolla $ign, Joyner Lucas [and] Yella Beezy”.

The tour is scheduled to begin on Tuesday, 20 August 2019 in Portland, Oregon, and will conclude on Saturday, 19 October 2019 in Anaheim, California. Other notable stops on the INDIGOAT tour include Salt Lake City, Denver, Oklahoma City, New Orleans, Jacksonville, Tampa, Sunrise and Nashville.

According to the promotional video’s caption, Brown stated that every pair of tickets purchased will include a copy of the singer’s upcoming album Indigo, which is scheduled for release on Friday, 28 June 2019. The INDIGOAT tour will support the album’s release, although the official track list is yet to be released. In May 2019, Brown revealed the feature list which includes several hip-hop and R&B heavy-weights such as Nicki Minaj, G-Eazy, Tyga, Tory Lanez, Justin Bieber, Lil Jon and a slew of others.

Tickets for the INDIGOAT tour are available for purchase on Chris Brown’s official website.