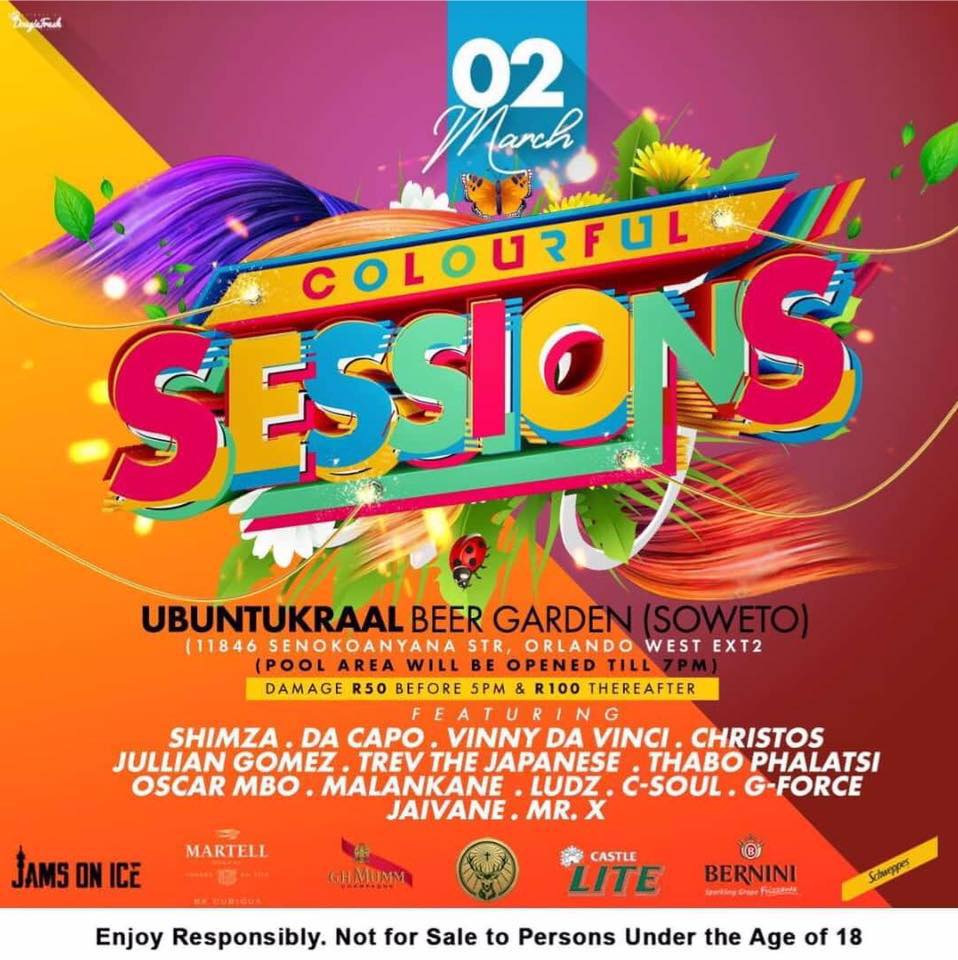 The next edition of Colourful Sessions is going to be held at Ubuntu Kraal Beer Garden in Soweto this coming Saturday, 2 March 2019. The festival has a line-up of over ten DJs, half of those named are headliners at the event.

Colourful Sessions is a monthly music festival hosted at different venues in Soweto. The premise of creating the space was to encourage and celebrate dance culture and local producers and DJs. This edition of the events celebrates the likes of popular local deejay DJ Shimza, DJ Christos, DJ Da Capo, and one international act, DJ Jullian Gomez.

The events are a mixture of both new and established talents all on one stage. The event planners also have an event of the same name dedicated specifically for new or up-and-coming talents, the difference being this edition is held on a Wednesday instead of a Sunday.

The last one was held at The Rock in Rockville, Soweto. The line-up was filled with only new talent, some of which will perform at this upcoming Sunday’s festival. The line-up featured artists such as China, Claude, Stokie, Trev The Japanese, Bobo, Jovis, Doda, Boisanza, Buhle and DJ Clone.

Tickets for this Sunday’s session will retail at R50 at the door before 5pm and R100 thereafter.