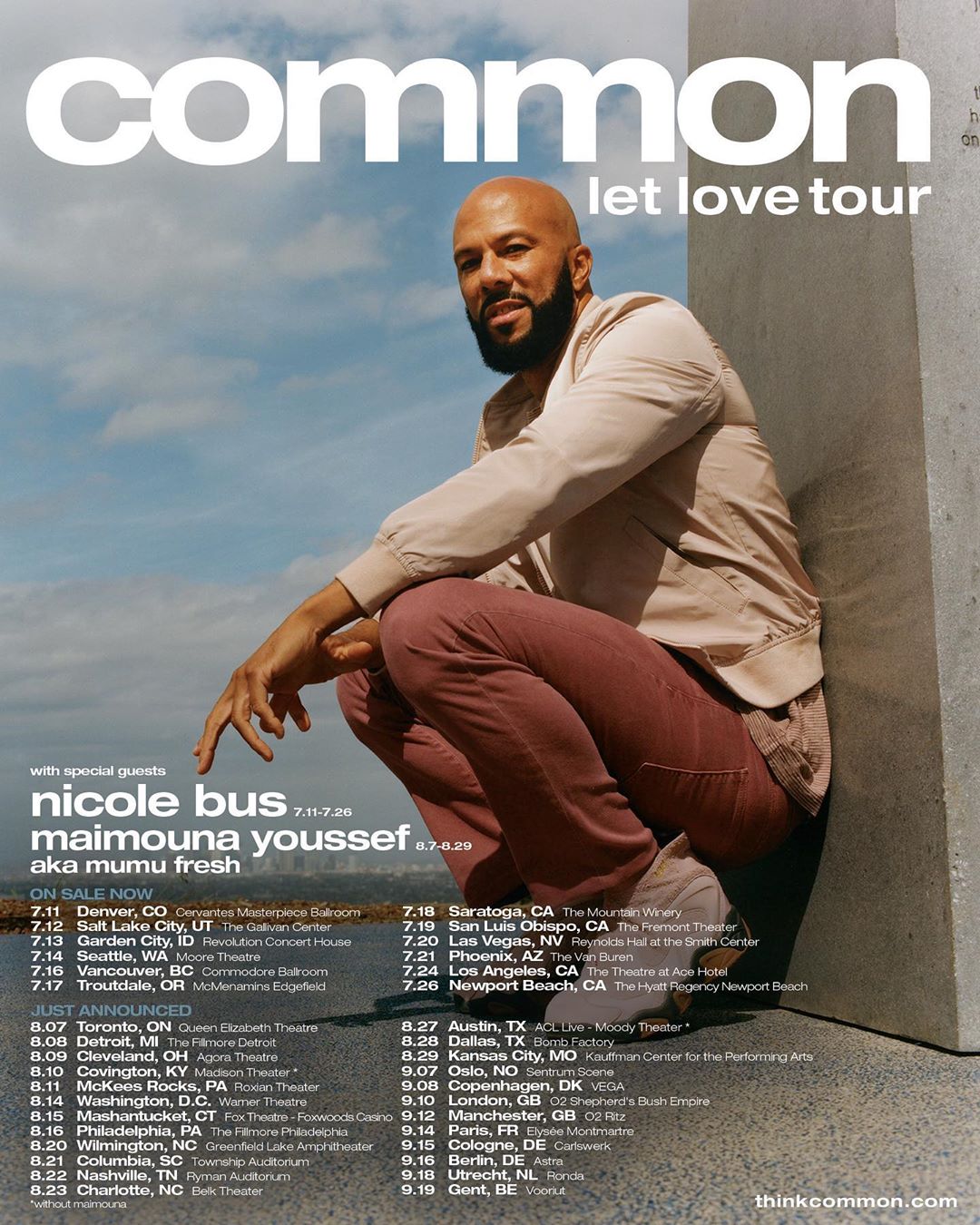 American hip-hop artist Common took to his social media pages to announce the extended show dates for his upcoming Let Love Tour, which is set to begin in July 2019.

The first time Common let fans know of the Let Love Tour was on Wednesday, 22 May 2019, when he shared 11 stops for the US and Canada leg of the tour. The tour is set to begin on Tuesday, 11 July 2019 in Denver, Colorado at the Cervantes Masterpiece Ballroom; the last leg of the tour initially being on Friday, 26 July 2019 in Newport Beach, California at The Hyatt Beach Resort Newport Beach.

However, because of increased demand, the artist took to his social media pages on Tuesday, 11 June 2019, to announce the extended version of the tour that will also feature two special guests. In the caption, Common expressed how excited he was to travel with talents like Nicole Bus and Mumu Fresh.

The extended tour has an additional 24 stops, stretching what was initially a one-month-long tour to a three-month-long tour, starting in the month of July and ending in September. Although the initial 11 stops remain unchanged, the additional dates start with the artist performing in Toronto at the Queen Elizabeth Theatre on Wednesday, 7 August 2019,and his last show on Thursday, 19 September 2019.

Tickets for the Let Love Tour are available for purchase on Common’s official website.