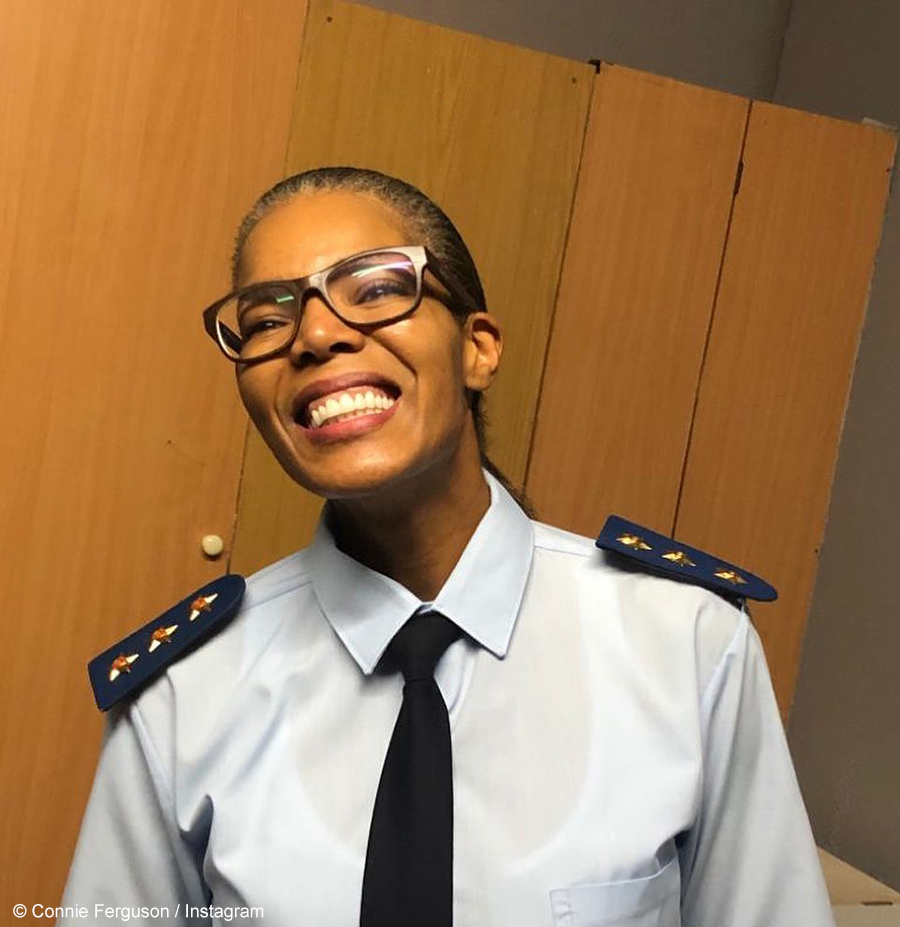 South African actress, Connie Ferguson, celebrated Halloween in a comedic fashion when she dressed as her husband, Shona Ferguson’s character, Jerry Maake, from the weekday drama, The Queen.

The actress took to social media to share a series of visuals on Thursday, 31 October 2019, taken from the set of Mzansi Magic’s The Queen. The first post was a video of Connie as she wore her husband, Shona Ferguson’s signature police uniform, when dressed as the character of Jerry Maake. Connie’s police uniform was complete with a black tie, thick-rimmed glasses and a brief case, with her hair pulled back into a sleek pony tail. The clip showed her walking around the set of The Queen, surprising her co-workers with her costume, with many finding it amusing that she was able to pull it off.

Fans shared their comments on the video, with many stating that she pulled off the outfit perfectly. Emetle commented, “This is hilarious! Besides the fact that you nailed every aspect of the costume, you got his character mannerisms on point!” Lathita Ditshego also stated, “I really thought Harriet was switching characters with Jerry until I read the caption! You look more like Jerry Maake than Jerry Maake!”

Connie is known as the character of Harriet on The Queen, who is always seen in classic and feminine ensembles. Her husband, Shona Ferguson, plays Jerry Maake, who is predominately seen in a police uniform as he portrays the role of the captain of the local police station.

Is it Friday already?😬 . #jerrymaakesmile😬