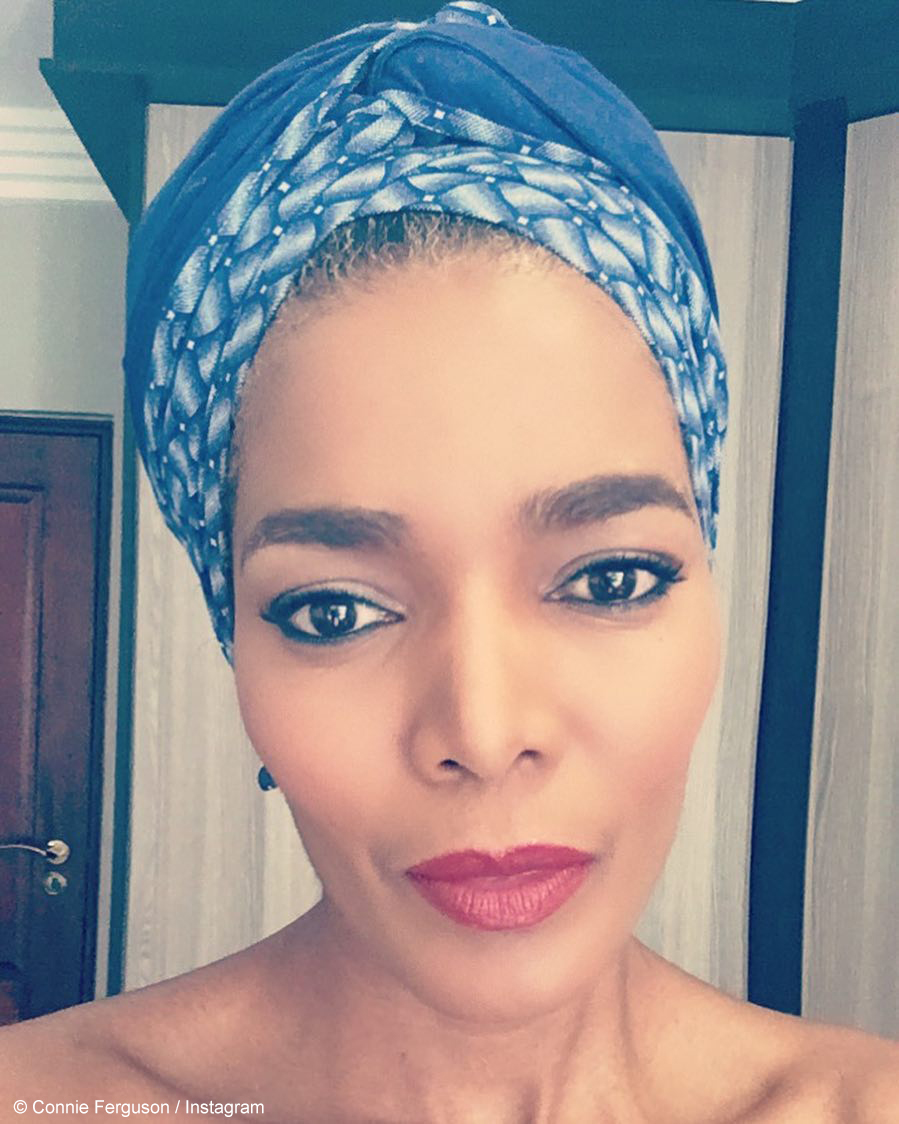 On Wednesday, 18 September 2019, Connie Ferguson revealed her upcoming cover shot for Sowetan Magazine. The Ferguson Films leading lady poses in one of the most nostalgic mother and child images in contemporary black culture. For the cover, Connie Ferguson is photographed with her four-year-old grandson, Ronewa.

The cover was directed by Themba, whom Connie thanked in a touching message she posted with the reveal of the cover. She captioned the post, “Thank you Themba! Ro and I had a lot of fun! Thank you and your team!” The nostalgic cover captures the theme of the September edition of the magazine, which is the heritage edition.

Following the cover reveal, Connie Ferguson also posted the reference that was used as the conceptual basis for the cover. She fittingly captioned the post by writing, “Then and now.”

Many of her celebrity colleagues and friends have taken to the comments section to shower her with compliments including co-star, Rami Chuene, who wrote, “This is too beautiful for words! Timeless, classic, elegant and giving all of us serious nostalgia.”

Simphiwe Ngema commented, “Oh wow, this just reminded me of my grandmother’s house. It’s so beautiful.” Other popular names that commented on the cover include Thembi Seete, Mahalia Buchanan, Brenda Mhlongo and Minnie Dlamini Jones.

💃🏽💃🏽💃🏽 Thank you Themba!😬 Ro and I had a lot of fun! Thank you and your team!🙏🏾❤️ . #Repost @t_lethu ・・・ I have never been so excited to see an idea I've had come to life. Thank you so much @connie_ferguson! Working with you was surreal. And thank you to your grandson, Ro, who is the cutest!! The latest edition of @sowetan.s.mag is out this Friday! Easily my favourite work to date ✨ 📷: @stevetanchel 💖 👗@missmoloto MUA: @madame_picasso Hair: @saadique #ConniexSowetanSMag #wcw #magazinecover #thequeen